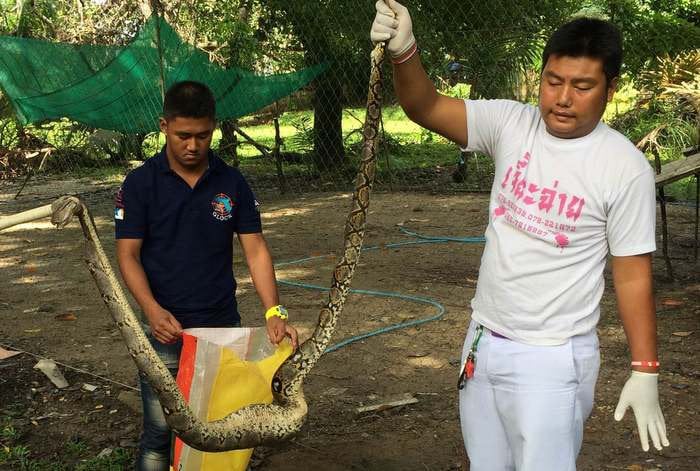 PHUKET: A massive python was caught gobbling up a chicken in the hen house at Phuket Governor Nisit Jansomwong’s Residence this morning.

“Inside the chicken coop we found the engorged snake. It was barely able to move after having eaten the whole chicken,” said Nantapong Klaithin, a Kusoldharm Foundation rescue worker.

Governor Nisit was not at home during the commotion, as his work had taken him to Bangkok for the day.

The satisfied snake was taken to a jungle location near the Kathu Waterfall and released.