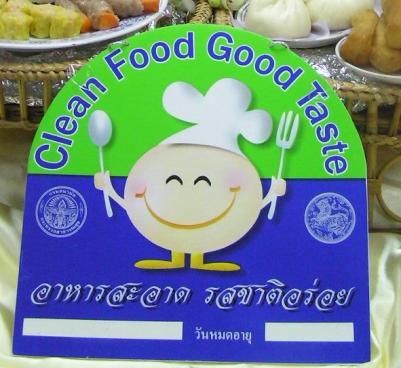 PHUKET TOWN: The Phuket Provincial Health Office held a press conference at its offices on Narisorn Rd today to announce a major campaign to crack down on unsanitary restaurants and outlets that sell meat and vegetables laced with dangerous chemicals. Speaking at the press conference,Vice-Governor Niran Kalayanamit said the inspection regimen of the Clean Food, Good Taste project would play a key role in the initiative, which is only one of many strategies the provincial government is using in its efforts to promote tourism. To underscore the need for greater food safety, V/Gov Niran read out a rather unappetizing list of meats and seafoods sold locally and the chemicals they are often contaminated with. The President of the Phuket Provincial Administration Organization, Dr Prasit Koeysiripong, said that it was important to certify all island restaurants under the Clean Food, Good Taste project so that islanders and visitors could feel confident that the food they buy is safe. Dr Prasit added that about 33% of pork currently sold on the island is laced with Borax, a preservative that can cause kidney failure. PPHO Director Dr Wanchai Sattayawutthipong said that his officers will carry out inspections and assign the Clean Food, Good Taste certificate and logo to those outlets that pass. Certification will last one year, after which time the outlet will need to be re-inspected. Restaurants will also be subject to random checks by PPHO officials. The Clean Food, Good Taste logo will be removed from restaurants that fail to pass muster. Dr Wanchai added that Phuket Town Municipality will help publish tourist guidebooks that will pinpoint the locations of restaurants bearing the logo, adding that the PPHO was also considering publicizing their locations through the Tourism Authority of Thailand website. After the press conference the officials went off for lunch, taking care to eat only at restaurants that have already been certified by the PPHO.