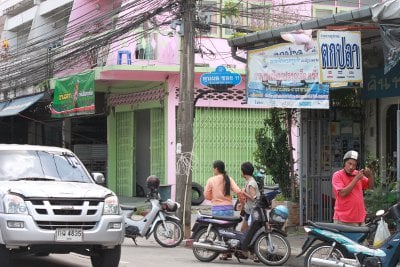 PHUKET: The off-duty police officer alleged to have shot and killed a man in Phuket Town on May 5 has been placed on inactive duty pending a review of new evidence by the Provincial Prosecutor’s Office.

The officer, Cpl Rachaporn Semaksorn, was assigned to the Patong Police at the time of the incident, during which it is alleged he shot victim Eakkasit Sangangam on the infamous Phun Pol Soi 11 in Phuket Town.

It is alleged that Cpl Rachaporn and his brother had an argument with Mr Eakkasit, after which he shot the man in the eye before speeding off on a motorbike at about 2:30am. Mr Eakkasit was announced dead on arrival at hospital.

“We filed the case with the prosecutor on July 24. They later told us to question more witnesses. After doing so we submitted the witness statements to them on August 6,” said Lt Col Jamroon.

“He has to report to Patong Police Station daily and remain in the office, where he will remain on inactive duty until the court issues a warrant for his arrest [or his case is dismissed],” he added.