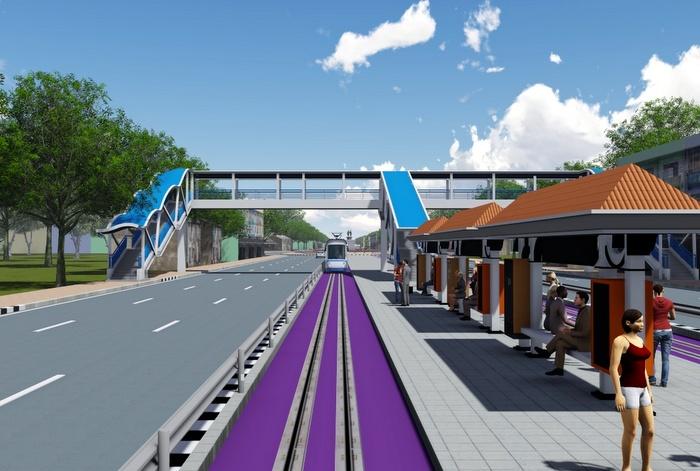 PHUKET: Phuket’s multi-billion-baht light rail project is being given another month to revise its plans yet again.

Planners are revising arrangements that would ensure the safety of motorists using roads running alongside the proposed track routes and the airport’s connecting train station.

The Ministry of Transport has requested that the Office of Transport and Traffic Policy and Planning (OTPP) modify the numerous road crossings planned along the route between Phuket International Airport and Phuket Town, in order to reduce the possibility of accidents at intersections.

“I, along with other officials from the the Highways Department, met with Ministry of Transport Deputy Permanent Secretary Peraphon Thawornsupacharoen yesterday to discuss the drawing plans,” Sirigate Apirat, project manager and OTPP secretary, told the Phuket Gazette.

The plan has been given another month to revise, but has been listed in the Ministry of Transport’s 2017 Action Plan.

“The plan was not approved by Mr Peraphon, as we only reviewed it yesterday,” Mr Sirigate said. “It may take time to finalize the best plan for Phuket. However, since the project has been listed in next year’s plan, I am sure progress will be made on it, as the government fully supports it.”

Initial plans for road crossings with barriers along the tracks were scrapped in March, forcing the OTPP to draw up new plans for underpasses instead (story here).

At this stage, the Ministry of Transport has yet to announce a total cost estimate for the project. They have, however, scheduled an inspection of the proposed route next week.