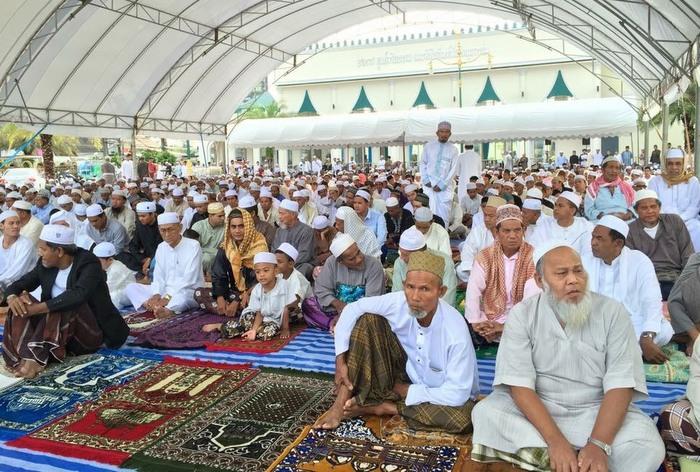 PHUKET: Phuket’s Islamic astronomers will be looking for the moon tonight, as the holy month of Ramadan comes to a close.

If the moon is spotted tonight, it will herald the end of the Muslim holy month of Ramadan. The Eid al-Fitr, or ‘festival of the breaking of the fast’ will be celebrated tomorrow, as Muslims across the world and here in Phuket mark the beginning of the month of Shawwal.

In Phuket, when any mosque representatives see the moon, they report it to their cleric, who sends word to the Phuket Islamic Council. If the council confirms the sighting, word is sent to the Central Islamic Council of Thailand in Bangkok, which ultimately makes the decision to declare the end of lunar month of fasting.

“Representatives at mosques throughout Phuket will be on the lookout for the moon tonight,” Piyadet Chuachalard, secretary of the Phuket Islamic Committee told the Phuket Gazette. “If the moon spotted tonight, we will cerebrate Eid tomorrow. If not, Eid will be cerebrated on Thursday.”

The Bangkok Council checks the time of the lunar sightings with the Thai Royal Navy Science Department. If the time of a lunar observance is consistent with Navy records, the fasting period is officially declared over and Muslims can look forward to the celebration of Eid al-Fitr the next day.

During Ramadan, practicing Muslims do not eat, drink, smoke or engage in sexual activity while the sun is up.

The month of fasting culminates in the celebration of Eid, which is typically a three-day festival when the entire community comes together for special prayers. The rest of the holiday is spent visiting friends and family.

Despite the deprivation, Phuket’s Muslims insist the month of Ramadan is not about suffering. It is considered ‘the best month of the year’ (story here).