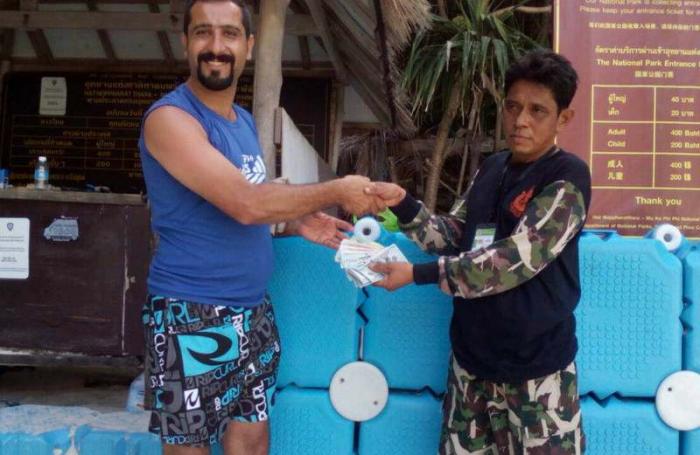 KRABI: An Iranian man was reunited with his lost wallet containing nearly 100,000 baht worth of cash on Wednesday after an honest national park officer reported finding it.

“The wallet contained nearly 100,000 baht worth of US dollars and Thai baht, as well as the passport of 36-year-old Iranian Mohsen Talebzadeh,” said Mr Wuthichai.

Mr Wuthichai reported the items to National Park Chief Sorayut Tansathian, who attempted to look for the owner.

Luckily, a tour company contacted him that evening to ask about the lost items.

“Mr Talebzadeh was very grateful and thanked us profusely for returning his belongings,” said Mr Sorayut.