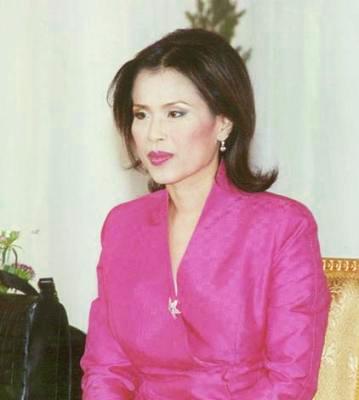 PHUKET: HRH Princess Ubol Ratana Rajakanya will visit Phuket on May 18 to preside over a “To Be Number One” campaign event. Her Royal Highness will also sing at a concert in the evening. The campaign, devised by the Princess as a way to get young people to excel in sports, music and other activities, is being supported by provincial authorities throughout the country. Vice-Governor Niran Kalayanamit yesterday said that Phuket had received four out of seven Best Province awards in the To Be Number One Contest for Region 11, which groups Chumphon, Ranong, Phuket, Nakhon Sri Thammarat, Surat Thani, Phang Nga and Krabi. Phuket received awards for best province, best village (Baan Bangku in Koh Kaew), best entertainment business (Phuket FantaSea) and best teenage discussion forum. V/Gov Niran said that the Phuket provincial government had earlier organized soccer and bowling tournaments. The winners of those events will receive shields from Her Royal Highness. Princess Ubol Ratana will unveil a plaque at the Public Health Office at Baan Bangku during a ceremony beginning around 5:45 pm, and give an inspirational speech to teenagers and former drug addicts. Meanwhile, the winners of the four Region 11 awards will have their work showcased at Saphan Hin in a nine-hour extravaganza that will start at 1 pm and will include singing and dancing lessons, and takraw lessons by members of the Thai national team. In the evening, starting at 4pm, music stars from recording company Grammy will take to the stage for a free six-hour concert. The highlight of the concert will be a performance of seven or eight songs by Her Royal Highness, at around 7:30 pm. The Phuket provincial government invites everyone attending the events to wear “To Be Number One” T-shirts, which can be bought from the Phuket Provincial Health Office (PPHO) at prices ranging from 100 to 150 baht, depending on the style. For more information about the day’s activities, call the PPHO at Tel: 076-211330, ext 201.

One dead, one critical after karaoke fight