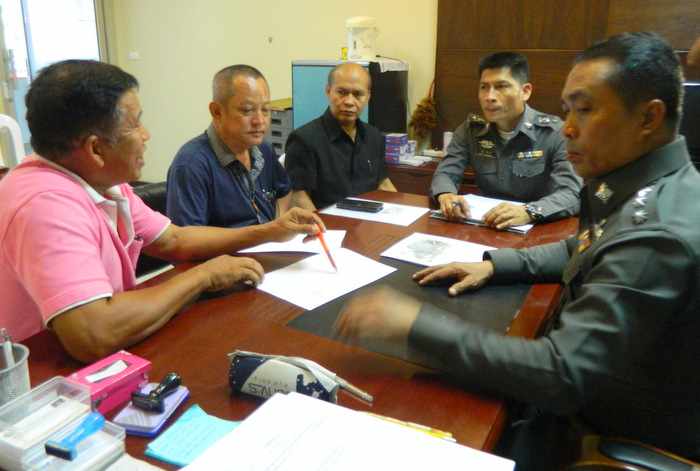 The complaint alleged that Governor Maitri had failed to perform his duties as the Governor of Phuket by not clearing all structures from Surin Beach (story here).

Specifically, the complaint argued that Governor Maitri should have ensured that all the buildings on the east side of the Surin beachfront pathway were removed when all the other structures were pulled down.

“Phuket officials tore down only half of the buildings encroaching on public land,” said Mr Plat.

Col Paworn confirmed that the complaint against Governor Maitri was under investigation, but explained that his officers had yet to pass it on to the Public Prosecutor for further action.

“At this stage, we do not have enough information and evidence to prove whether or not the buildings in question are legal or not,” Col Paworn told the Phuket Gazette.

“We have asked the Land Office and the Marine Office to specify which land in that area belongs to the government and whether or not the buildings are legal. We have yet to receive their answers,”

Col Paworn also told the Gazette that he was satisfied that the three complainants were not acting to protect vested interests.

“To the best of my knowledge, the three residents and their families do not operate businesses in the area,” Col Paworn said.

The complaint against Governor Maitri was filed on July 2 despite Cherng Talay Mayor Ma-ann Samran publicly explaining at a meeting two weeks earlier that the establishments to the east of the walkway were not under threat of being removed.

“Those buildings on the east side of the path at Surin Beach are fine. They are guaranteed to be legal; the Cherng Talay Tambon Administration Organization [OrBorTor] built them itself and rented them out to operators,” Mayor Ma-ann explained to the Gazette in an exclusive interview on June 18 (story here).

The legality of the structures and businesses to the east of the walkway has yet to be confirmed by provincial authorities, and the issue was not raised by Phuket Vice Governor Chamroen Tipayapongtada in a meeting held on June 26 to lay down basic rules for beach operators (story here).

A meeting to further investigate the legality of the buildings still standing near the Surin beachfront was agreed to be held at a later date.

Regardless, Mr Plat vowed on Wednesday that he, Mr Bamrung and Mr Juta would return to the Cherng Talay Police Station on July 23 to follow up on the complaint.

“Officials might need time to investigate the case, so we will return to check up again later,” Mr Plat said.