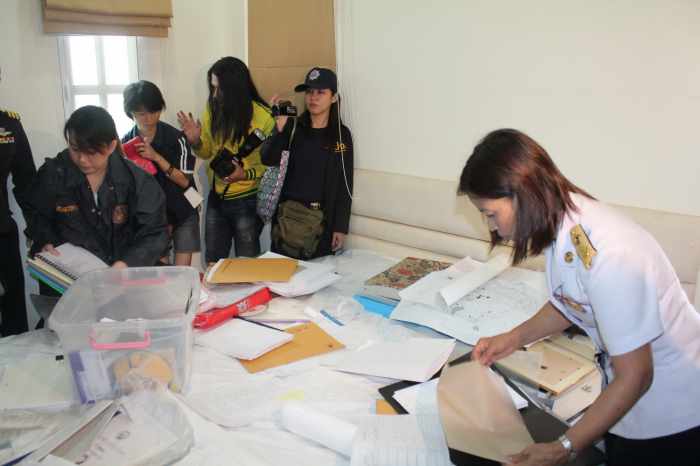 PHUKET: Preechavude “Prab” Keesin, wanted by the police on mafia-related charges, has announced that he will turn himself over to the authorities on Monday.

The news, revealed via a post on his Facebook page (click here), follows a massive police and military sweep of Patong yesterday for suspects accused of being involved in a taxi mafia (story here).

Former Patong Mayor Pian Keesin, and his son Prab, were both missing when police came knocking (story here). They were among a group of 13 suspects who remained at large during the hunt.

When Mr Prab surrenders to police on Monday, he will face his charges of extortion and criminal activity carried out by a criminal association.

Mr Prab wrote on Facebook at about midnight that he had no intention of evading arrest yesterday.

“I was running an errand. I did not know that police were coming for me. I will surrender myself to police on Monday,” he wrote.

Mr Prab also took the chance to express his thoughts about his impending arrest.

“If I am mafia, then what do you call the officials that I have been helping for 10 years?” he asked.

“If I knew that was what I would be accused of, I would not have helped them,” he said, without explaining what he meant by the word “help”.

“I did a good thing for nothing. Is this what I get for helping the government organize the community?

“I hope I will get justice.”

There was no mention of the whereabouts of his father, Mr Pian, in Mr Prab’s Facebook post.

Police warn Phuket motorists to be cautious in monsoon weather