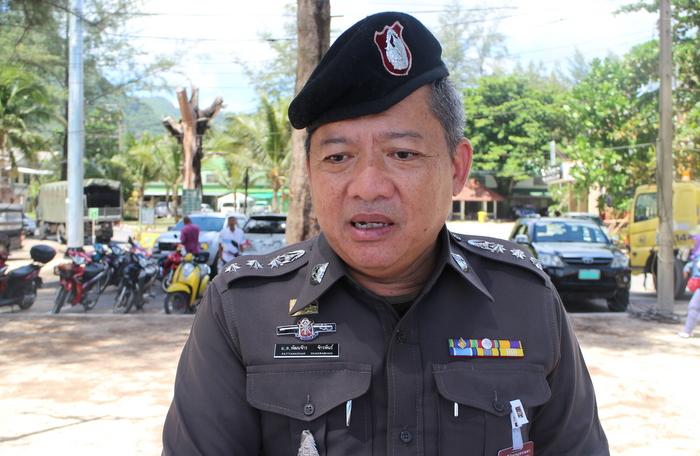 PHUKET: Police declined to reveal any information procured from the statement of the sole witness to a British woman’s death after she fell from the back of a tuk-tuk in Phuket.

“We have yet to rule the death a murder, accident, or result of reckless driving or anything else at this point,” said Kamala Police Superintendent ML Pattanachak Jakkapan. “We have questioned the witness, who I will only name as ‘Paul’. Additionally, we have conducted a blood-alcohol level test on the tuk-tuk driver. The test came back negative – he was not driving under the influence.”

Though Col Pattanachak declined to reveal the statement made by Paul, he did confirm that there were no scrapes or other signs of struggle on his body.

Elizabeth Corrigan, 29, was allegedly inebriated as she and Paul made their way from Soi Bangla in Patong to their hotel in Surin at about 3:30am on Sunday.

“The driver of the tuk-tuk, Yongyuth Damkong, 44, told us that the pair had argued about which tuk-tuk to take back to their hotel. Eventually, they went with the one she had wanted to take,” Lt Prasert Thongprom of the Kamala Police said.

“The driver said he was only going about 40km/hr as he ascended a hill between Patong and Kamala, when she fell. He was unsure what caused her to tumble out of the back of the vehicle.”

Ms Corrigan was rushed to Patong Hospital and then transferred to the better-equipped Vachira Phuket Hospital where she was pronounced dead on arrival.

“At this stage, we are continuing to look for CCTV footage that might reveal further information about the case. Additionally, we are waiting for a report confirming whether or not the tuk-tuk is roadworthy,” Lt Prasert added.

Island prepares to “Light Up Phuket’ to honor tsunami victims