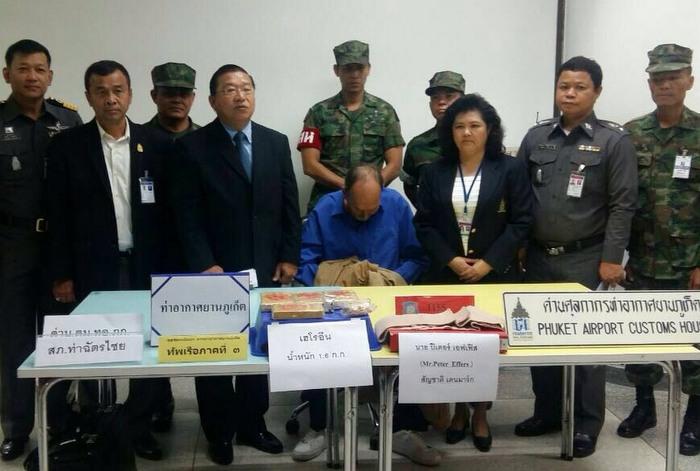 “Peter Effersoe, 46, was stopped and searched at a security checkpoint on his way to the immigration counter,” explained Phuket International Airport Deputy Director Patee Chotchuang. “Under his blue dress shirt, tied around his waist, we found 1.6 kilograms of heroin.”

Instead of boarding his flight back to Denmark, Mr Effersoe was escorted to Tah Chat Chai Police Station, where he was charged with possession of a Category 1 drug with intent to sell.

“Mr Effersoe confessed that the drugs belonged to him. However, officials are investigating further in hopes of unraveling the drug network he is part of,” Mr Patee said.