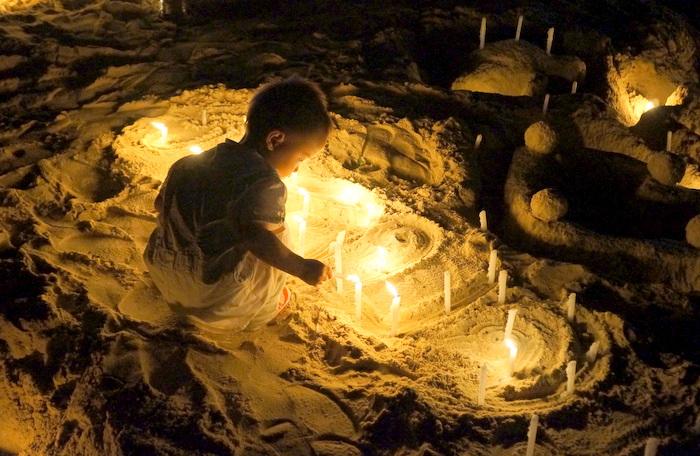 PHUKET: The world’s eyes will be on the Andaman coast this Saturday, as Thailand honors the victims of the Indian Ocean Tsunami, which devastated the region’s coastline on December 26, 2004.

Remembrance services will be held at the Tsunami Memorial Wall in Mai Khao, on Patong Beach and Bang Tao Beach, as well as at Phuket Provincial Hall and in Kamala.

“The waves took away so much, so many lives. We cannot even begin to estimate the losses,” Phuket Governor Chamroen Tipayapongtada said.

More than 5,000 people died, and nearly 3,700 remain unaccounted for, along the Andaman coast.

“However, the anniversary is not only to remember those we lost, but to build a community that is prepared and educated about how to respond to natural disasters,” Gov Chamroen said.

Last month, the Asia News Network / Phuket Gazette joint publication on the 10th anniversary of the Indian Ocean Tsunami won a gold medal at the 6th Digital Media Awards, presented in Hong Kong by Google and the World Association of Newspapers and Publishers.

ANN initiated the Ocean’s Fury project last year, not only to recount what had happened, but also to see if indeed the promise to help rebuild communities and lives had been delivered, said Straits Times Editor Warren Fernandez, who is an ANN board member.

“We also wanted to ponder the lessons that might have been learned from the traumatic experience,” he added (publication here).

Scheduled events are as follows:

Phuket Provincial Hall
6:30am-7:30am – Buddhist ceremony.
Attendees will have the chance to give alms to Buddhist monks.
Those who prefer to join, should dress in white.

Tsunami Memorial Wall in Mai Khao
9am – Multi-denominational services (Buddhist, Islamic and Christian), after which attendees will lay wreaths at the wall in memory of those who were lost.

The annual ‘Light Up Phuket’ ceremony will be held across from Loma Park on Patong Beach.

Thousands are expected to join the event, which involves lighting candles and building sand sculptures in memory of the tsunami victims.