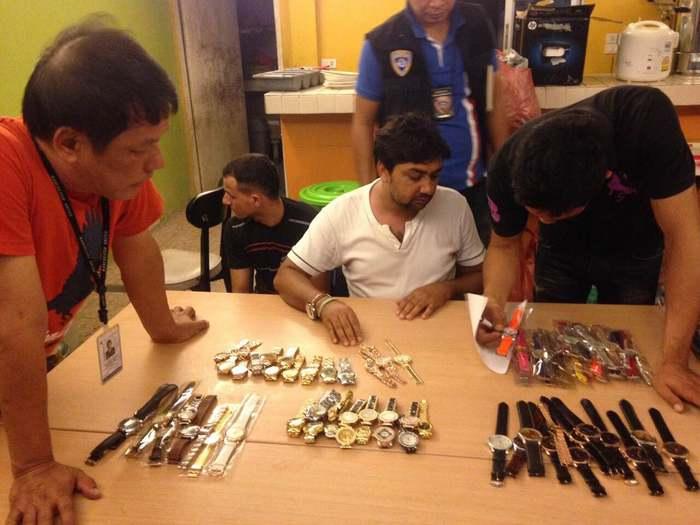 PHUKET: Officers from the Economic Crime Suppression Division (ECD) seized pirated goods worth 500,000 baht at a market stall in Patong on Monday night.

Two Myanmar nationals, Gol Ban, 39, and Raw Bi, 31, were apprehended. However, two other suspects fled the scene and evaded arrest.

Police charged the suspects for selling contraband goods, which yields a maximum penalty of four years imprisonment, a 400,000-baht fine or both. The two men will also be deported.

“We will continue with our investigation, destroy the seized goods, and try to track down the two men who fled,” said Maj Apichat.

In December of last year, the ECD seized pirated goods worth 2 million baht during a raid in Patong (story here), which came fast on the heels of another 4mn baht raid in October, prompted by a complaint sent to the United States Embassy (story here).