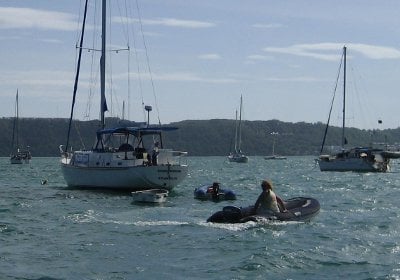 PHUKET: Police are treating as suicide the death of a South African man whose body was discovered on a yacht moored off Phuket this morning.

Chalong Police were notified of the discovery at about 8:30am, Capt Chianchai Duangsuwan told the Phuket Gazette.

Police arrived on board the boat, moored about 800 meters from Chalong Pier, to find the body lying on a bunk with a plastic bag over the man’s head.

“We believe he died three to four days before the body was discovered,” Capt Chianchai said.

Police believe the death to have been a suicide, he added.

The man, known to have been 69 years old and registered as living in a nearby housing estate, had lived in Phuket for seven years, Capt Chianchai said.

The man’s name has not been released pending notification of next of kin. The boat name is being withheld by the Gazette to protect the identity of the deceased, for the same reason.

However, Capt Chianchai explained that the man was looking after the boat for the owner, who he named only as David, who is currently abroad.

“The owner of the boat emailed the man because he had heard of a storm approaching Phuket and wanted to make sure the boat was at a safe anchor, but he received no reply.

“He then tried calling, but the man did not answer the phone, so the owner finally called a friend in Phuket to check on the boat – and that was when his body was found,” Capt Chianchai said.