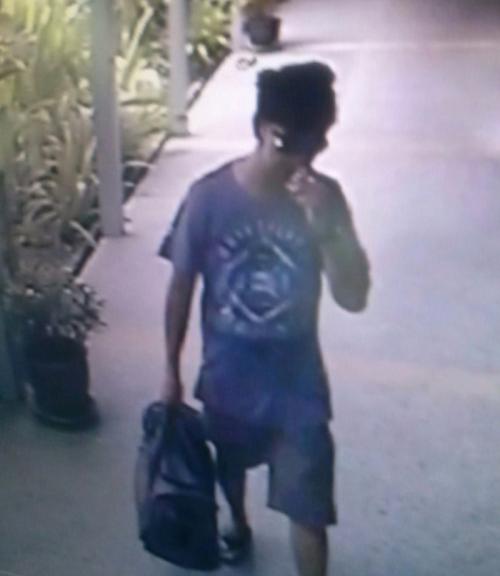 PHUKET: Police have warned hoteliers across the island to beware of thieves targeting Phuket hotels after a Patong hotel room safe was robbed by a man who reportedly used a skeleton key to enter the room.

The news follows 29-year-old Russian tourist Egor Nikolaev reporting valuables being stolen from his room safe at the hotel on the Patong beach road where he was staying, on Monday.

Among the items reported stolen were a mobile phone, US$1,500 and 5,700 rubles in cash, a Canon camera lens, a Samsung netbook, a silver earring, a Festina watch and his passport.

“Hotel CCTV footage showed a foreign man, about 25 to 30 years old and 180 to 185cm tall, and wearing a gray t-shirt, gray shorts and sunglasses, approaching the room and opening the door with a key.

“He was inside the room for about 10 minutes, then left carrying a black bag,” Lt Col Somsak Thongglieng of the Patong Police said.

After seeing the CCTV footage, Mr Igor told police he believes he even walked past the thief while he was returning to his room following a swim in the hotel pool.

“After the thief exited the hotel, he took a local taxi to Jungceylon. After that, he disappeared. However, we will try to find him on CCTV around that location and arrest him as soon as possible,” Col Somsak said.

“To protect guests, we have sent a letter to the Patong Hotels Association, and to the owners of small hotels and guesthouses, to be on the lookout for thieves,” Col Akanit said.

* The name of the hotel has been removed at the request of the Patong Police, who said the hotel management had worked extensively in assisting the officers with their investigation.