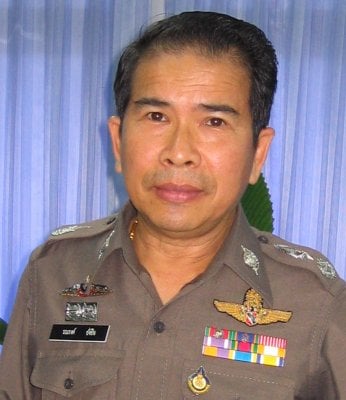 PHUKET: The Phuket Marine Police will be put on 24-hour patrol over the holidays in order to ensure the safety of tour boats, respond to distress calls and thwart any terrorist incursions.

“Starting on December 29, the five Phuket Marine Police patrol boats will begin working around the clock, and should be able to respond to any distress calls within 20 minutes,” he said.

“We will be more strict on speeding boats and ensure that the 148 vessels registered to ferry tourists are not overcrowded.

“We are also ordering all branches of the police to collect intelligence about potential terrorist activities, because in the past we were too lax about this,” he added.

Gen Ronnarong said that mariners could report accidents at sea or suspicious vessels on the Marine Police hot line at Tel: 1196 or by radio on the Phuket Marine Band at 153.55MHz.