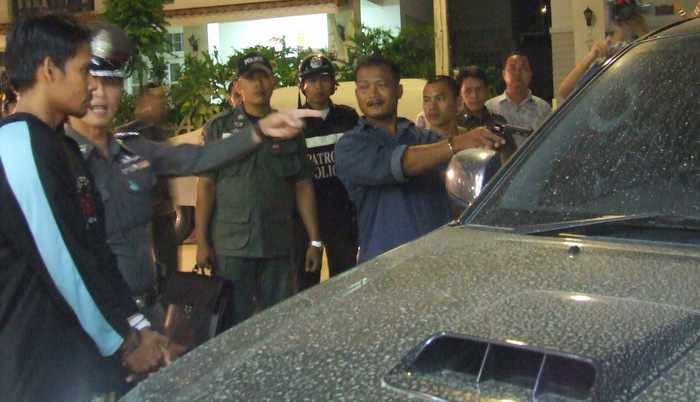 PHUKET: After nearly five years on the run, Nukul Sae-heng, 28, from Phetchaburi has been arrested for his role in the contract slaying of Canadian national Francis Alex Degioanni in Patong in 2009.

Nukul was arrested in Ayutthaya on a Phuket arrest warrant on Tuesday, Patong Police told the Phuket Gazette.

He is now in custody at Patong Police Station.

Police moved quickly, and within a week had six suspects involved in the slaying in custody (story here).

Among the suspects arrested was Singaporean national Go Li Fun, 32, who confessed she had Mr Degioanni killed after he refused to pay back millions of baht in personal loans (story here).

The Singaporean, better known as “Diana”, is alleged to have paid four men from Petchaburi 1.5mn baht to carry out the murder.

At the time of his death, Mr Degioanni was involved in a court case, having allegedly been cheated out of 20mn baht in a real estate scam.