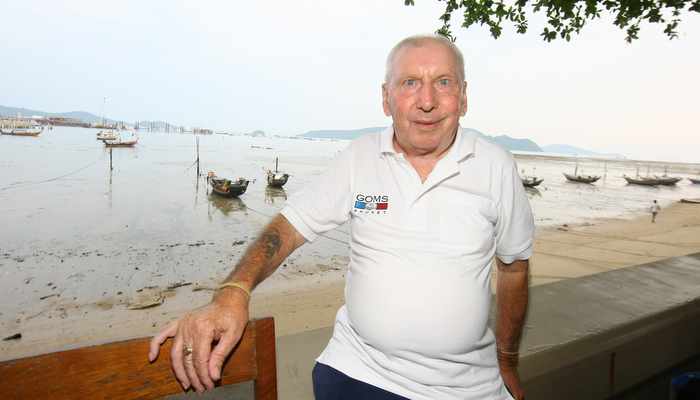 PHUKET: The Phuket expat community suffered another tragic loss to its ranks this week with the death of John Devenport, an avid classic car enthusiast and founding member of Phuket’s Grumpy Old Men Society (GOMS).

Mr Devenport’s passing was announced to his Facebook friends in a post yesterday which read, “to all his Facebook friends we regret that John Devenport (JD) passed away peacefully on 4th June in the UK. We know he had very many dear friends all over the world but especially so in Phuket, where he had many happy times. Love you, Miss You.”

Mr Devenport, with more than 40 years of rally experience, was a driving force behind what became the annual Phuket Invitational Car Rally and was involved in many other charitable events spearheaded by GOMS.

Mr Devenport is known to have friends all around the world, many of whom have posted warm, loving messages of condolence on his Facebook page (click here).

“RIP John Devenport your soul is now free to go on and continue to help people as you did so graciously, for eternity!

“My friend – so many of us will miss your taller than life warm smile and think of you as we continue your legacy of assisting those in need! Thanks for the honor of your friendship which will never cease!”

Funeral arrangements and plans to hold celebrations of life have not yet been made.

Police arrest suspect over slaying of Canadian in Patong