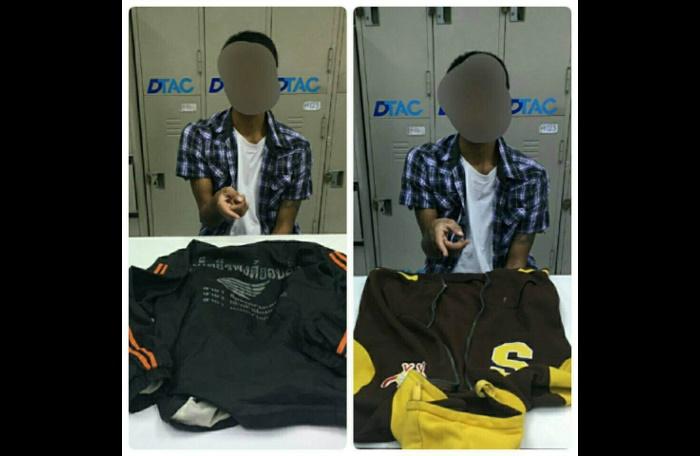 PHUKET: Phuket City police revealed this morning that they have captured the man responsible for a recent spate of robberies in and near Phuket Town.

Mr Jakkarin reportedly could not remember how many robberies he had committed in the past month, but confessed to police that it was “at least 10”.

“Lately, we have received many reports of robberies in the Phuket Town area. After we collected evidence from witnesses of previous robberies, as well as CCTV footage, we finally discovered Mr Jakkarin’s identity,” Col Naruebadin said.

“We later learned that he had fled to Thalang, where we managed to capture him at his house.”

Mr Jakkarin was charged with ‘robbery using a vehicle’, which carries a sentence of up to five years imprisonment, a 10,000 baht fine, or both.

“Anyone who thinks they may have been robbed by Mr Jakkarin is invited to file a report to try to get their belongings back, if the items are still in possession of the suspect,” said Col Naruebadin.