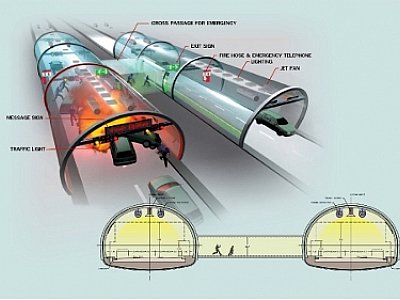 PHUKET: Progress on the long-awaited Patong tunnel project has stalled, with Patong Municipality still waiting for senior officials in Bangkok to approve the 3.5-billion-baht project, according to Patong Deputy Mayor Chairat Sukbal.

Speaking to the Phuket Gazette, Mr Chairat added that at this stage he did not expect any major decisions on the project to be made until the current flood crisis in Bangkok abates over the coming weeks.

At a public presentation of the plans in July, study project manager Pongchanit Chuwiruch explained that the final decision ultimately belonged to the Ministry of Transport.

However, Patong Municipality has yet to receive formal approval for the project.

The project has passed all its procedural steps including its Environment Impact Assessment and public hearings and were waiting for the government to give final approval, Mr Chairat said.

In the meantime, Patong Municipality is pushing ahead with its project to bury power cables in the resort town on Phuket’s west coast.

The entire project for burying the cables along both roads is expected to cost up 400 million baht.

Patong Municipality has set aside our part of the budget, but we have to wait for the other organizations involved, such as TOT and the Provincial Electricity Office, he said.

They have yet to confirm their roles in the project and to allocate their budgets so the project can be completed, he added.

In May the Gazette reported that Patong residents were divided over the controversial plan to bore a road tunnel under Patong Hill.

Patong Cricket make it 3 from 3