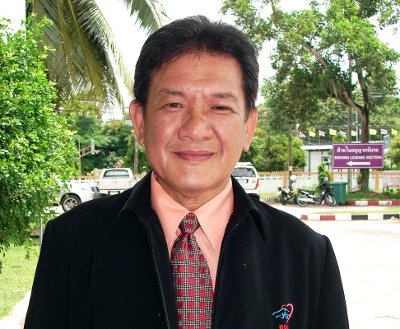 PHUKET: Phuket Governor Tri Augkaradacha has been roped into resolving the ongoing dispute between local residents and the Phuket Highways Office over work that may see the bus terminal north of Phuket Town finally open.

The 128-million-baht facility was completed nearly two years ago, but has yet to be used.

The delay in opening stems from complaint after complaint being filed over traffic safety due to buses entering and leaving the terminal, and problems in having a government authority managing the site once the terminal opens.

The latest move to call in the governor appears to be a last ditch effort to stop work in front of a house belonging to Rassada Mayor Suratin Lianudom, where the Highways Office wants to “break” the median strip and install traffic lights so buses can enter and leave the terminal safely.

Alternative locations previously suggested where buses using the terminal could make U-turns have been deemed either unsafe or unwanted by local residents.

Contractors hired under government contract to do the work failed to even start this month. Workmen arrived at the site on October 22 only to be “ordered” to stop work by Mayor Suratin.

At the meeting, Phuket Highways Office Deputy General Manager Sathaporn Sornchana related the tale of intervention by Mayor Suratin, adding that it was no surprise.

“The contract allows the workmen to complete job from September 28 through January 26. The contract is 120 days long, but the work should take only 45 days. We gave the contractor more time because we knew this kind of problem would happen,” Mr Sathaporn said.

“The road and traffic island [in question] are under the authority of the Phuket Highways Office and what we are doing is for public use, so the [project] committee agrees for them to continue working,” he said.

However, the next day, October 28, Mr Sathaporn received notice from the Damrongtham Center (provincial ombudsman’s office) that a complaint had been filed by the “Rassada people” and that no work could commence until Governor Tri had reviewed the case.

If Mr Sathaporn’s estimation is accurate that the work on “breaking the island” will take 45 days, then Gov Tri has until December 12 to approve the work – or else the government will be held accountable for failing to uphold its terms of the 3-million-baht contract.

Meanwhile, Mr Terayout vowed that he would push ahead with securing one government authority to manage the terminal when – or if – it actually opens.

“I will ask Phuket Provincial Administration Organization [OrBorJor] President Paiboon Upatising whether the OrBorJor wants to manage the terminal.

“If he agrees, we will transfer the authority as soon as possible. If he declines, we will ask for the budget from the Land Transportation Department so our office can run it until Rassada Municipality is ready to manage the facility,” Mr Terayout said.