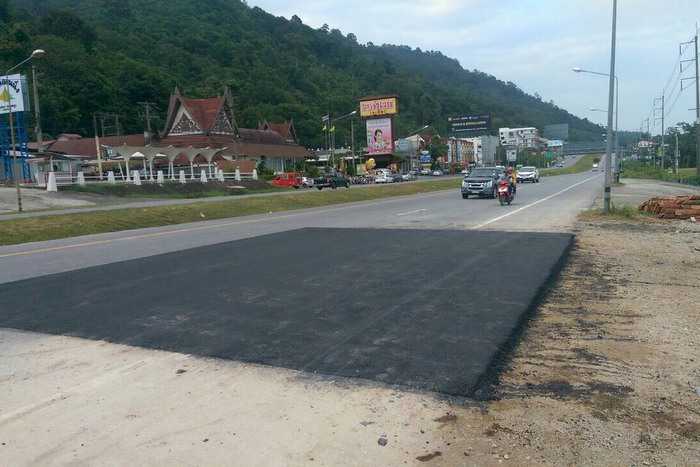 PHUKET: Traffic is flowing normally again on the bypass road as construction to fix a gaping sinkhole left behind after days of heavy rain storms last week, was completed today.

“The road repairs are done. The lane has been re-opened and is now in use,” Phuket Highways Office Director Samak Luedwonghad told the Phuket Gazette this afternoon.

“The hole was deep. It took a few days to complete the work because we wanted to ensure that this wouldn’t happen again in the future.”

Mr Samak told the Gazette that the Highways Office spent 250,000 baht from its emergency fund to fix the road.

Several days of heavy downpours across the island caused the sinkhole to form along the southbound lane on the bypass road last Wednesday (story here).