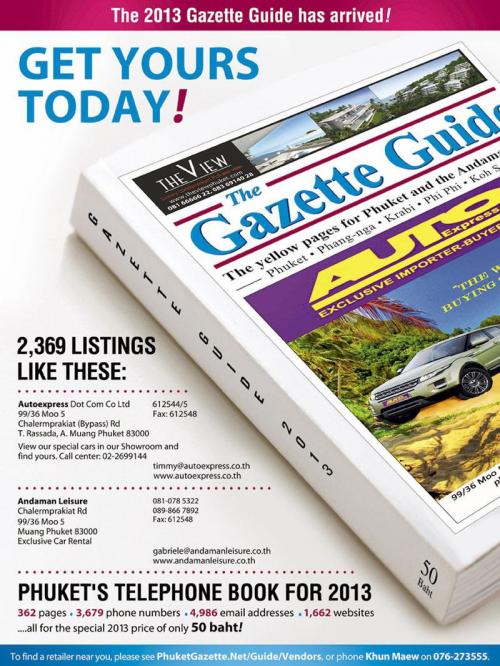 PHUKET: The Gazette Guide for 2013, Phuket’s only hard-copy telephone book is now on sale throughout the island and across the Andaman region.

A list of the book’s retailers in Phuket, Phang Nga, Khao Lak, Krabi and Koh Samui is available here.

With contact details of thousands of businesses, classified into 219 different categories, the 356-page book is priced at just 50 baht.

Advertisers with a display ad in the Directory are entitled to a free copy. Please contact Anna@PhuketGazette.Net to arrange free delivery to your office.