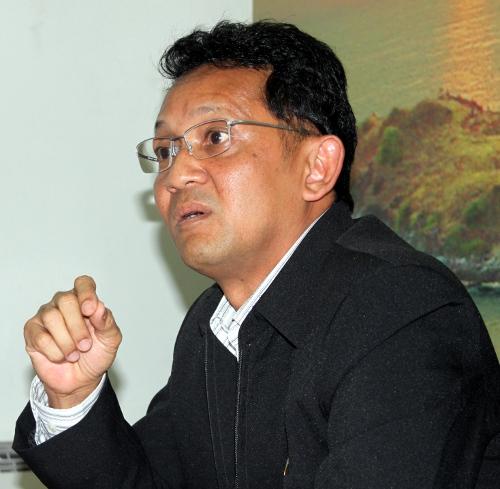 PHUKET: Phuket Vice Governor Chamroen Tipayapongtada has ordered the Phuket Provincial Employment Office (PPEO) to inspect the business licenses of all tourism businesses across Phuket that have foreigners registered as part-owners.

The news follows an inspection raid of a single tour operator in Bang Tao, on Phuket’s central western coast, at the request of local taxi drivers yesterday.

Vice Governor Chamroen joined PPEO Chief Yawapa Pibulpol in verifying the business license of the Marusya Travel office (website here) at Bang Tao, which was found to be fully compliant with the law.

“I visited Bang Tao today to see the problem with my own eyes. There are two issues that we still have to deal with…

“First, we have to check if foreign operators [sic] in the area have the correct business licenses and work permits. Second, we have to find out if the foreign-owned businesses are still causing trouble for the local business operators,” Vice Governor Chamroen said.

“I have assigned officers from the Employment Office and those from other relevant organizations to verify the licenses of all foreign-owned businesses in Phuket and to identify any problems that they might be causing for local operators,” he added.

Any such problems are to be reported directly to V/Gov Chamroen so that he can establish a long-term solution.

“I am glad that the Phuket government is supporting us and helping us to resolve the problem,” Mr Winai said.

“They obviously care about our problem and are taking serious action against illegal foreign business operators,” he added.

The raid yesterday followed a mob of taxi drivers at Bang Tao forcing the “voluntary” closure of a legally operated tourism business that focused on providing services to Russian tourists (story here).

Marusya Travel, which has at least four offices in Phuket, also provides services to Russian tourists.