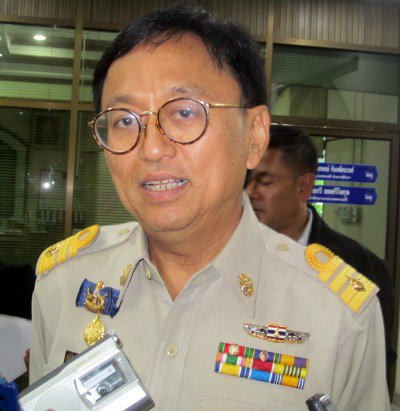 PHUKET: Paiboon Upatising has resigned his position as president of the Phuket Provincial Administrative Organization (OrBorJor).

More details about the shock resignation will be revealed at a press conference this afternoon, the Phuket Gazette has been told.

Mr Paiboon was elected to office in April 2008, and was cleared of vote-buying allegations by the Appeals Court in Bangkok on September 8, 2009.

He was re-elected as president in April last year.

During his most recent term as president, the Phuket OrBorJor has launched the pink bus route, which has won a national innovation award and opened the OrBorJor hospital in Rassada.