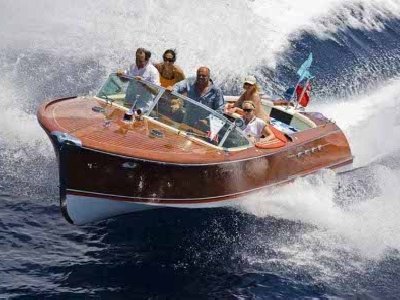 PHUKET: The Phuket International Boat Show, PIMEX 2011, is set for yet another record-breaking year, organizers say.

The annual international event gets underway tomorrow at Royal Phuket Marina and runs through Sunday, January 9.

“The event has attracted record interest in its exhibition space and in-water berths have virtually sold-out,” he added.

Now in its eighth year, PIMEX continues to grow. Last year, the show hosted more than 85 companies and featured 34 yachts, earning the event the title of biggest boat show in the region.

“Last year saw strong boat sales by exhibitors at PIMEX and this year we are aiming to surpass that with over 1 billion baht worth of sales,” he added.

This month’s show is expected to draw 6,000 visitors over the four days, including more than 2,000 trade visitors.

“Luxury automobiles from 10 million baht and boats in excess of 600 million baht, in combination with buyers coming from all over the region, including Singapore, Kuala Lumpur, Manila, Jakarta and Hong Kong, create a huge opportunity for marine businesses to reach a wide target audience,” Mr Dowden said.

The event’s success has drawn support from the Thailand Convention and Exhibition Bureau.

“We believe that PIMEX 2011 will increase the already significant momentum in the marine sector and position Phuket as the regional hub for marine events with its world class facilities, easy accessibility by land, sea and air, extensive growth of infrastructure, a skilled English-proficient workforce, and of course its wide range of leisure destinations,” said Supawan Teerarat, Director of the TCEB’s Exhibition Department.

The boat brokers and dealerships that will join the show run the gamut, from those that offer “affordable daysailers” to high-end luxury yachts.

Riva, famed for its popularity among Hollywood superstars such as Liz Taylor and George Clooney, will exhibit at PIMEX for the first time, through its recently appointed dealer Lee Marine.

“Lee Marine is pleased to welcome such a prestigious brand into our group,” said Lee Marine Managing Director Joshua Lee.

Matching luxury on water with luxury on land will be international automobile brands Jaguar, Lexus and Land-Rover with some of their latest models on show.

For on-land motoring enthusiasts, selected guests will be given free test drives in Jaguar’s latest HK and XJ models.

PIMEX will be open 11am to 8pm daily and will draw to a close at 6pm on Sunday.