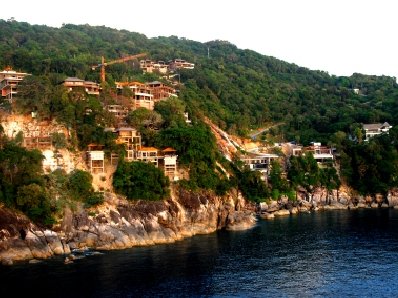 PHUKET: Real estate sales to foreigners in Phuket are expected to grow 25 per cent this year to 5 billion baht, according to property development firm Seacon.

Nevertheless, sales are likely to remain at least 50 per cent lower than during the boom years of 2006 and 2007, when foreign sales came in at 10 to 12bn baht each year.

Piya Sosothikul, executive director of Seacon, said property sales to foreigners in Phuket were worth about 4bn baht last year, up around 25 per cent on 2009. Trends are improving, with sales expected to reach 5bn this year, he said.

The market has still not fully recovered from its peak before the 2008 financial crisis, however. The major reason for continued weak sales is the economic situation in Europe, particularly the UK, where large numbers of customers came from in the past, he said.

The strength of the baht is also a factor. The appreciation of the currency means property is becoming more expensive for foreign buyers, he said.

Another factor is lack of confidence, Mr Piya added.

There are many projects on the island that people have invested in that have been delayed or remain unfinished, he said.

The foreign property market in Phuket is Thailand’s second-largest after Bangkok. Rounding out the top seven are Pattaya, Chiang Mai, Samui, Hua Hin and Krabi, respectively, he said.

Mr Piya said there were 147 property projects under development in Phuket.

Of these, 23 would be considered “super premium”, meaning they comprise villas worth at least US$2 million each. Most of them were found in Surin, Kamala and west coast areas overlooking the sea.

There are 96 projects with units costing between 5 to 60 million baht each, which are spread all over the island, Mr Piya said. There are also 28 condominium projects, he added.

Phuket’s PIMEX on track for another record year