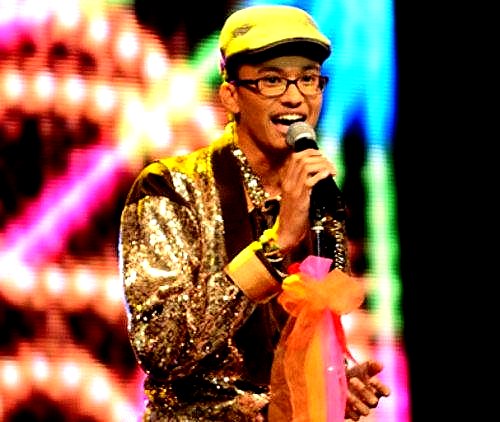 Non Tanon cleared the very first blind audition round in the contest aired on September 9 by singing his version of Fah (“Sky”) by Thai pop-rock group Tattoo Colour. He went on to best 68 other entrants, including the three other finalists performing on Saturday night.

A jubilant Non posted on his Facebook fan page: “I want to thank The Voice for this opportunity, and the four judges for their advice during the contest. I also want to thank everyone who showed their support by voting for me.

“I especially want to thank my father and my mother, and all my family and friends, for their support throughout the contest. I will treasure this opportunity and I will keep practicing my singing so I get better and better.”

Backstage on Saturday night, Non Tanon showed his deep reverence for his parents by offing a wai while prostrate at their feet, shown live to the country on national television.

Non mother, Kankamol Jumroen, said she – and the whole family – were surprised by her son winning the contest.

“We never expected that Non would get so much support from everyone. He is still in Bangkok. We don’t know when he’ll be coming home. He now has many things to sort out with the producers of the show,” she said.

Ms Kankamol explained that Non Tanon was once a singer with the Superdance Samkong group at Baan Samkong School in Phuket Town.

“He started singing when he was eight years old, but he stopped when he was 12 because his voice was starting to break.

“He started singing again when he was 15 and started taking singing lessons at Siam Kolakarn Music School at the Big C shopping center [on the bypass road],” she said.

Non Tanon later formed a band called “The Ballad” and sang with his friends from Soi Taiad (home to Tiger Muay Thai) in Chalong.

“The group entered the Yamaha ‘Battle of the Bands’ contest in October this year, and came second in the whole country,” a proud Ms Kankamol said.