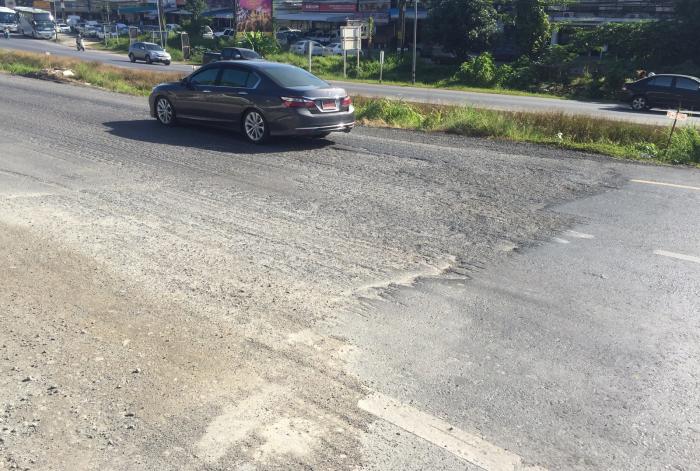 PHUKET: A 9 million baht budget has been set aside for repair work on the northbound Bypass Road leading up to Thepkrasattri Road.

Locals are having trouble maneuvering on the road, as it has now become slippery and dusty. They asked officers why a section of the road that was in good enough condition is being fixed.

Phuket Highways officer Patiwetwottisak Sookhii responded by saying it is a project to fix the road by the Highways Department.

“The road has been damaged and has holes, due to which we want to make it better. The project will cost 9,093,444 baht, a budget set aside by the Highways Department,” confirmed Mr Patiwetwottisak.

Although the project is due to be finished by April 19, Mr Patiwetwottisak said that it might be completed by March instead.

“The work is being done quite speedily, so I think we should be done by next month. I would like to request drivers and riders to slow down on the part of the road that is under construction. We are sorry for the inconvenience.”