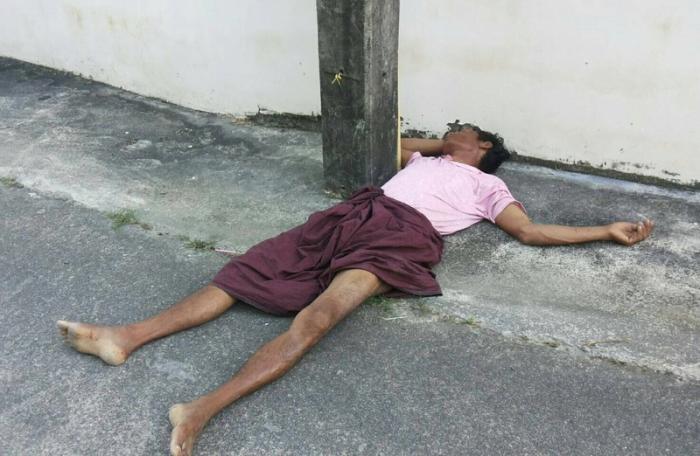 PHUKET: A drunk man gave everyone a scare yesterday when he appeared to be dead to passersby in Chalong.

Capt Prasert Srita of Chalong Police received a call at about 4:55pm to check on the ‘dead’ body of a Myanmar man, lying by an electric pole on Soi Sai Nam Yen.

“We went there to check and found that he was still alive. There were two bottles of alcohol, instant noodles, guava juice and Vitamilk nearby. We spent at least five minutes trying to wake him up,” confirmed Capt Prasert.

“When he came to, he started talking to himself. As soon as he opened his eyes, however, he grabbed his things and bolted.”

Police chased and caught up with him as he couldn’t walk properly. He was returned to his camp nearby and warned not to indulge in future shenanigans.