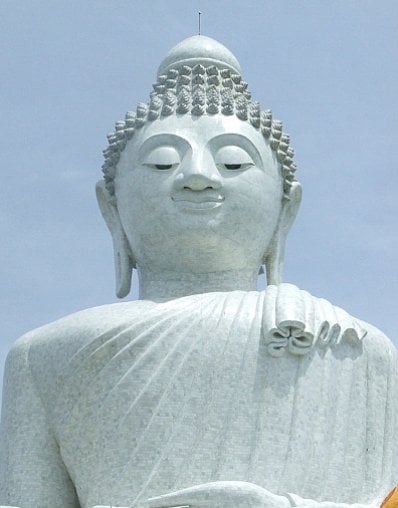 PHUKET: An internal inquiry by the Royal Forestry Department’s Community Forestry Management Bureau has found no wrong doing by any parties involved in the Phuket Big Buddha project.

The inquiry was launched after a flood of complaints, led Phuket Vice Governor Somkiet Sangkaosutthirak, demanding a completion date from the project’s managers, the Mingmongkol Faith 45 Foundation.

The complaints have now been answered. Ongkharak Ritthiroot, Director of the Community Forest Management Bureau at the Forestry Department’s regional office in Krabi, has confirmed to the Phuket Gazette that the permit for the project has been extended again, this time until 2016.

“The project started in 2002 and permission for its continuation was given in 2007. This year is the third extension,” he said.

“The previous permit expired at the end of September last year. The delay in approving the extension to the permit is due to the fact that we had to find resolutions to the complaints first. We received complaints from nearby residents worried about the risk of landslides. Officers examined the area and found no evidence of landslides.

“Since then, the complaints have stopped,” he added.

Mr Ongkharak explained that only after his office had completed the investigation into the landslide complaints could he apply to his superiors in Bangkok to extend the permit.

“Another complaint, that construction had spread outside the area for which the permit had been granted, was difficult to deal with as most structures that surround the Big Buddha are not permanent,” he said.

That complaint, which dates back years, resulted in a meeting in June 2011 at which Phoppol Sirilugsanapong, the then head of the Ministry of Natural Resources and Environment office in Phuket, ordered the Foundation to pull down all unauthorized buildings at the site that were not directly related to authorized construction.

Mr Ongkharak explained that one “temporary” building on the hill is for preparing food while others are housing for on-site workers and security guards.

“Besides, the buildings on the hill are not related to tourism, but for matters relating to donations. No tourist accommodation has been established on the hill and tourists cannot stay overnight,” he added.

Relations between officials and the Foundation operating the Phuket Big Buddha project, one of the most popular tourist attractions on the island, have long been strained.

The friction is primarily due to the controversy over the handling of donations; the fact that the giant image sits in the middle of a protected forest; and the fact that it is much bigger than what was originally approved.

Regardless, Mr Ongkharak told the Gazette this week that after the site permit expires in 2016, it would probably be extended again if it benefited the project to do so.