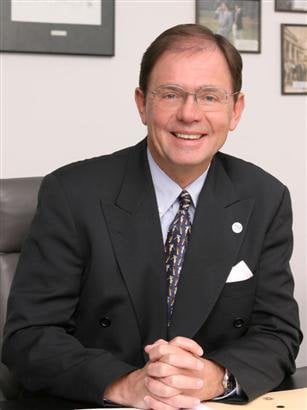 PHUKET CITY: German Ambassador to Thailand Dr Hanns Schumacher has spoken out in defense of the German teenager currently incarcerated in the Phuket Juvenile Observation and Protection Center on charges of sexually abusing minors.

In an interview with the Gazette, Dr Schumacher said he believed the evidence against the youth justified the investigation, but expressed hope that the court would view his case sympathetically.

“…this youngster was irresponsibly left on the streets of Phuket at a very young age for years without any adult supervision. It is therefore no surprise that he was introduced to criminal company. This is the main reason we hope that at the end of the proceedings, [the youth] will be considered rather a victim and not a perpetrator,” Dr Schumacher said.

For our previous reports on this case, click here and here.

Dr Schumacher said the police have yet to forward the case to the prosecutor’s office and that the investigation is ongoing. A court date for the case has not been set yet, he added.

“We do expect this to be announced in due time. I should draw your attention to the fact that a three-month investigation period in a difficult criminal matter is not unusual – neither in Thailand nor in many other countries in the world,” he said.

The youth does not have access to enough money to post bail and the German embassy is legally prevented from covering such expenses, Dr Schumacher said.

The ambassador said the German mission was doing what it could to help the youth, but stressed that the embassy had to respect Thailand’s legal rules and procedures.

“We are in constant contact with all responsible authorities and have contributed our view to the investigation process. It goes without saying that we are closely monitoring [the youth’s] situation as well as his correct treatment in prison. I visited him personally; Honorary Consul Dirk Naumann is seeing him regularly. We looked after proper legal representation. I believe he has received a lot of help, from us as well as from friends, who care for him,” he explained.

Dr Schumacher said the youth was “well treated” in the Phuket Juvenile Observation and Protection Center.

The youth, who was 17 years old when he was arrested, recently turned 18.

When asked if reaching age 18 would have affected the boy’s legal situation, Dr Schumacher said the embassy had looked into the issue.

“We have the assurance that juvenile law remains applicable to his case. I personally made a very strong point that [the youth] should by no means be transferred to an adult prison. He is okay where he is right now. His legal position has not been affected,” he said.

“We care for him and rather admire the manner in which he is mastering a difficult situation. I am sure this will have an impression on the prosecution and judge, as well,” he concluded.