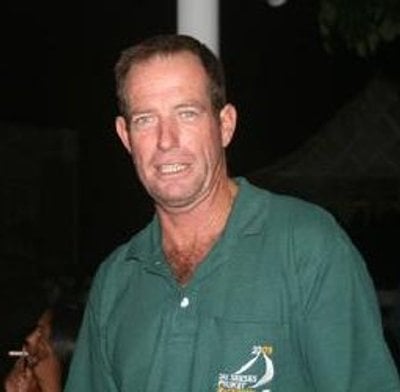 PHUKET: Tony Knight, a leading figure in Phuket yachting for more than a decade, died in Brisbane, Australia last night after succumbing to injuries sustained in a motorcycle accident.

“Tony had a motorcycle accident in Australia on Friday and seemed not too bad, but his condition deteriorated over the next few days as we believe his lung or spleen was punctured,” explained Mick Kealy, commodore of the Ao Chalong Yacht Club (ACYC).

“He ended up being airlifted to a Brisbane hospital where he passed away in the intensive care unit,” he added.

Through years of dedicated support, especially through his work with the ACYC, Mr Knight became synonymous with sailing in Phuket.

“Tony has many close friends in Phuket and was a vital asset to the Ao Chalong Yacht Club for over a decade as committee member, race officer and MC.

“He will be sadly missed for his kindness, his wit and easy going nature,” Mr Kealy said.

A wake will be held at the ACYC clubhouse next Tuesday from 6pm.