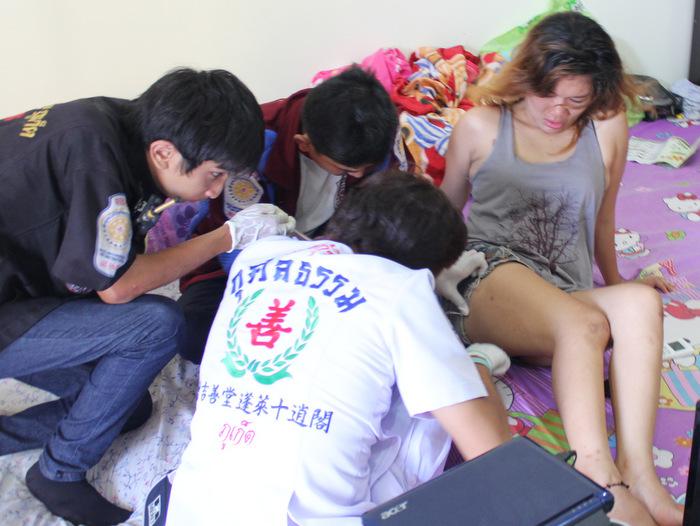 PHUKET: Rescue workers from the Kusoldharm Foundation responded to an unusual plea for help yesterday afternoon: a woman had been impaled by her mattress.

The rescue team arrived at an unnamed apartment building opposite the Bangkok Bank branch on Thepkrasattri Road, south of Satree Phuket School in Phuket Town, at about 5:30pm.

“When we arrived, we heard a woman howling in pain from a room on the second floor,” said rescue worker Silarat Na Thalang.

The first responders entered the room to find 20-year-old Daranee Wongsasabuy grimacing in extreme discomfort on her mattress on the floor.

“Mis Daranee explained that a spring in her mattress had entered her posterior. Then she showed us,” said Mr Silarat.

“We took about 20 minutes to get her free. In the end, we had to use bolt cutters to cut the spring.”

Ms Daranee was a little embarrassed about the nature of her complaint.

“It was just a small wound from the accident, but I’ll never flop onto a mattress again,” she said.