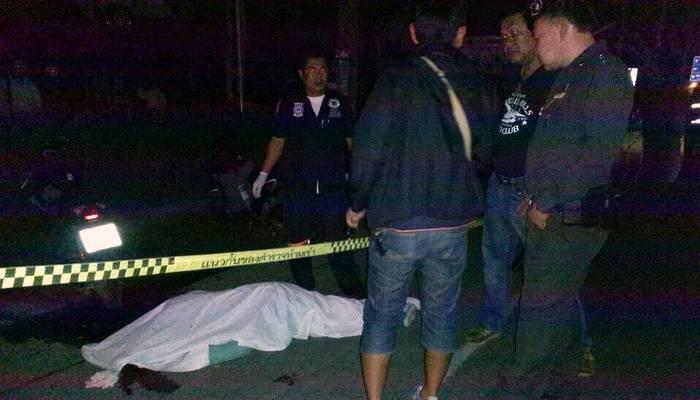 PHUKET: A woman was gunned down at the Saraphan Pleng Pub in Chalong early this morning.

Nuchsika Klasuek, 35, was shot in the head after leaving the popular live-music pub at about 4am by an unidentified suspect inside a pick-up truck.

“Eyewitnesses said the pick-up truck was heading toward Chalong Circle on Patak Road when one shot was fired directly toward the pub. The round of ammunition hit Ms Nuchsika in the head, killing her,” said Chalong Police Superintendent Krittapas Dazintharasorn.

“At this stage we don’t believe that Ms Nuchsika was the intended target. It seems like the shooter was trying to fire into the bar.”

Ms Nuchsika, a waitress at King Kaew Karaoke, had left the bar after having spent about 20 minutes inside with friends, Col Krittapas explained.

“Nobody was able to identify the the pick-up truck, and it had no licence plate,” Col Krittapas said.

Police are checking CCTV in the area and entertaining the possibility that more than one person was involved in the killing.