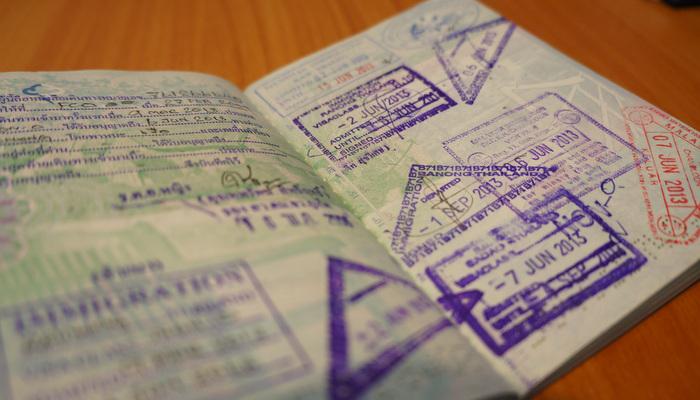 PHUKET: Tourists who can prove that they are genuinely staying only short-term while travelling in Thailand will be allowed to leave on “visa-runs” and re-enter the country, Immigration Commissioner Pharnu Kerdlarpphon confirmed to the Phuket Gazette.

“Genuine tourists are fine. All they have to do is prove to the immigration officer at the border checkpoint that they really are tourists by presenting evidence such as their travel itinerary, hotel booking, tour bookings and any other documents to prove their travel in Thailand is genuine,” Lt Gen Pharnu said on Wednesday.

“Then they will be allowed to re-enter the country.”

Gen Pharnu clarified the focus of the new immigration regulation, which allows most foreigners to enter the country only once using visa-exempt status.

“The crackdown is all about preventing foreigners from using visa-exemptions and tourist visas to stay in Thailand and work,” Gen Pharnu said.

“We should have done this a long time ago. We have let foreigners work illegally in Thailand on tourist visas for too long. It’s time to stop them.”

The new regulation has nothing to do with ill-fated Malaysian Airlines Flight MH 370 and the passports from Phuket that were used to board the flight, the general added.

The immigration chief was clear that from August 13 any foreigners who fail to prove that they are tourists will not be allowed to re-enter the country on visa exemption status (story here), as explained in a formal notice posted on Bangkok Immigration’s website on May 8.

“From August 13, if we suspect any foreigner of working illegally in Thailand on a tourist visa, that person will be detained and deported, even if the foreigner has not previously completed even a single visa run,” he said.

“People who are deported will be banned from re-entering Thailand for five years, not forever. After that, the foreigner may appeal to re-enter the country.

“This is what we have been doing for years with foreigners who have been deported, and any foreigner who is added to our blacklist is issued a formal notice explaining what they have done wrong.”

Gen Pharnu noted that immigration officers were ordered to give special attention to Russians, South Koreans, Vietnamese and Chinese attempting to extend their stays by completing visa runs.

Ranong Immigration Superintendent Ekkorn Bussababordin confirmed to the Gazette on May 12 that foreigners will continue to be allowed to re-enter Thailand on three consecutive “walk-in” visas until August 12.

As reported in the Gazette last week, after August 12, such foreigners risk being stranded in Myanmar (story here).

The May 8 order, posted in Thai, stated that the new rule is to come into effect at all immigration checkpoints, including airports.

“Thailand is open to all tourists,” Gen Pharnu said, “but we will not allow illegal workers. If you want to work here please do the right thing. Apply for a business visa and live here legally.”