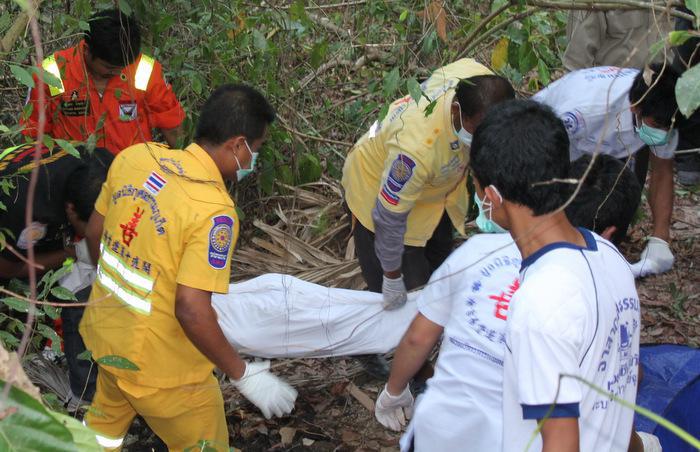 PHUKET: Police have notified Interpol and the Russian authorities to be on the lookout for the two men wanted for the murder and kidnapping of Russian national Alexey Slabinskiy in Phuket in March.

Prime suspects Oleksandr Boychuk, 44, and Aleksandr Novichkov, 58, both Russian nationals, are now believed to have fled Thailand by boat.

“We have not been able to locate the suspects,” Provincial Police Deputy Commander Arun Kaewvatee told the Phuket Gazette today.

“Wanted notices were issued to police throughout the country, but so far we have had no reports of positive identification of the suspects.

“Also, there are no records of either man departing the country either through an airport or at an immigration border checkpoint.

“The only way they could have escaped is by boat.”

Col Arun added that the Russian Police were notified as a precaution.

“We do not expect them to return to Russia, but we have asked the police there to keep an eye out for the pair, as they are now international fugitives,” he said.

Mr Slabinskiy disappeared with his girlfriend Iana Strizheus on March 7. Shortly thereafter, the pair told relatives in Russia that they had been kidnapped and needed money. (story here).

Ms Stirzheus was discovered injured and alone in a Bang Tao hotel room on March 16. After being hospitalized for several days, she returned to Russia on April 4.

By April 14, police had confirmed that a decapitated body found in Cherng Talay on March 29 was the remains of Mr Slabinskiy (story here).

Phuket TOT internet outages are over, but hiccups to continue