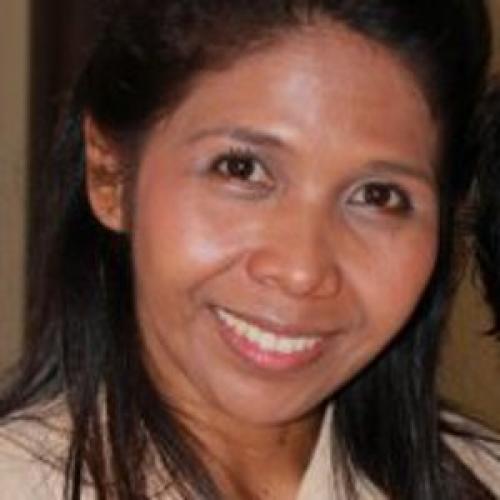 PHUKET: The life of a beloved mother, wife and friend was taken away by a killer on Chao Fa West Road, south of Phuket Town, last night.

Police have identified Mrs Jintana ‘Nong’ Mahattanapak, 42, a resident of Yaowarat Road in Phuket Town, as the victim of the execution-style slaying (story here).

Mrs Jintana was director of Human Resources at Hilton Phuket Arcadia Resort and Spa in Karon.

She would have celebrated her 43rd birthday in two weeks, on February 4.

A co-worker remembered her today as “a good person, always very kind to me and other people.

She always said good things about her husband and her two little girls.”

Mrs Jintana had a teenager and a daughter less than 10 years old. She and her husband were regular church-goers, attending services multiple times a week, the colleague said.

“I was very shocked and sad since I knew her personally too, not just at work. I’m still processing the situation. I just found out this morning,” the co-worker added. “I feel very sad for the family.”

“We are deeply saddened by the death of Jintana Mahattanapak, and our heartfelt condolences go out to her family and friends during this difficult period. She was a valued employee at our hotel and will be deeply missed by her team and colleagues. We are reaching out to her family to offer assistance.

“The incident is currently under investigation with the local police, and we will cooperate fully with them. As the investigation is ongoing, we are unable to comment further.”