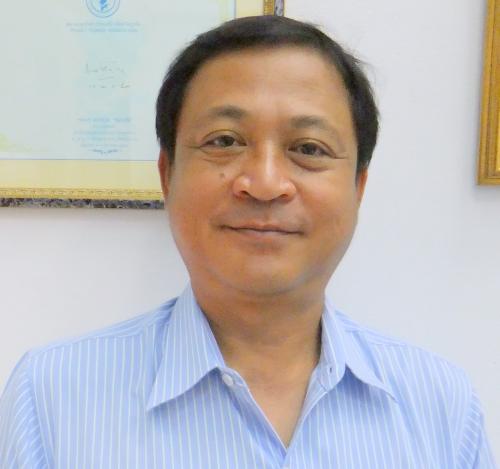 “We want to announce that we support the Department of Special Investigation [DSI], the Ministry of Tourism and Sports [MOTS] and two Phuket Vice Governors in their efforts to clean up Phuket,” PTA President Pong Suwannakarn said.

“If Phuket officials, the Tourism Ministry and the DSI all work together, the problems in Phuket will be solved quickly,” PTA President Pong Suwannakarn said.

However, Mr Pong insinuated that some top officials in Phuket were not fully supportive of the cleanup campaign.

“The Phuket Government should respect the efforts by the DSI and MOTS because we think that the central government in Bangkok can solve the problems faster and easier if they have support from local officials,” he said.

Mr Pong alleged there was “some conflict” between the provincial government and the efforts of the DSI and MOTS.

However, he declined to clarify what the conflict was.

PTA Vice President Bhuritt Maswongsa then related a Chinese tale to the press.

“Once upon a time, there was a big house in China that had many different types of people as housemates. All of them were looked after by the house owner,” said Mr Bhuritt.

“But the garbage started piling up, and instead of taking out the trash, the house owner swept it under the carpet.

“One day, the housemates could not take the bad smell anymore, so they hired house cleaners from outside to clean the house. That made the house owner so angry that he refused to offer any help to the cleaners,” he said.

“We want to support the DSI until their work is done. We believe the DSI, the MOTS and these two Phuket Vice Governors are genuinely working to help Phuket,” Mr Bhuritt said.

He also called for three “dreams” that he would like to see realized for Phuket: 1) improved transportation; 2) recognition by Bangkok of the true population of Phuket, and 3) the use of locally collected taxes to improve Phuket’s infrastructure.

“Please get a mass-transportation system up and running while getting rid of illegal taxis, and can the government please consider Phuket’s true population instead of the number of people registered as living here when it determines budget allocations.

“If they don’t know what to do, please just look at how many people are paying into the Social Security fund from Phuket,” he said.

Mr Bhuritt pointed out that local collection of taxes and public utility fees would better serve the island’s ever-growing needs for improved infrastructure.

“Taxes paid by branches of big department stores in Phuket should be collected locally, as should fees collected by electricity, telephone and water authorities. They should not be collected by head offices in Bangkok,” he said.

“If this money is collected in Phuket, it can be used to develop the island. A lot of money is spent on electricity, water, telephone and shopping. It should stay here in Phuket, not go to Bangkok,” Mr Bhuritt said.

“This is all we need from the DSI, MOTS and the Phuket Government. I hope the house owner will soon start cooperating well with the cleaners,” he added.