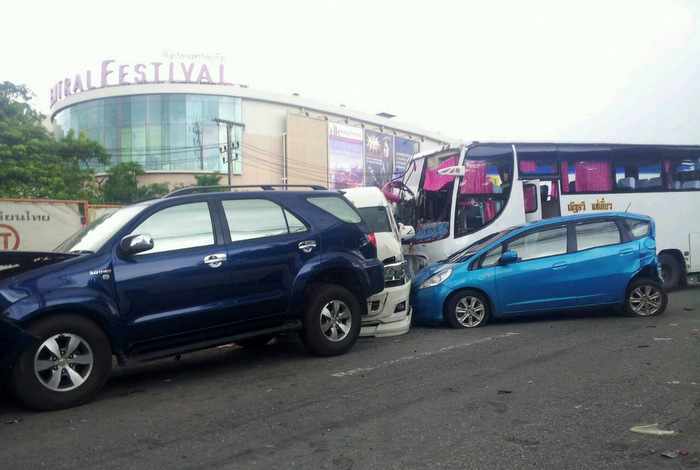 PHUKET: Brake failure of a Phuket tour bus caused of a major pile-up at the Darasamuth Intersection, near Central Festival Phuket, at about 3pm on Saturday.

“In total, 10 vehicles were damaged in the accident. The brakes on a bus failed, causing it to crash into vehicles waiting at the intersection,” Wichit Police Deputy Superintendent told the Phuket Gazette.

“No serious injuries were reported. There were only minor injuries and damage to vehicles.”

Motorists were urged to avoid the area while the wrecks are cleared from the scene.

“Traffic is very heavy as the accident has blocked the road,” said Preeyaporn Torwong of the Department of Disaster Prevention and Mitigation Phuket office (DDPM-Phuket).

“And please drive carefully, especially in this weather when the road is wet.”

Ramadan draws to a close throughout Phuket