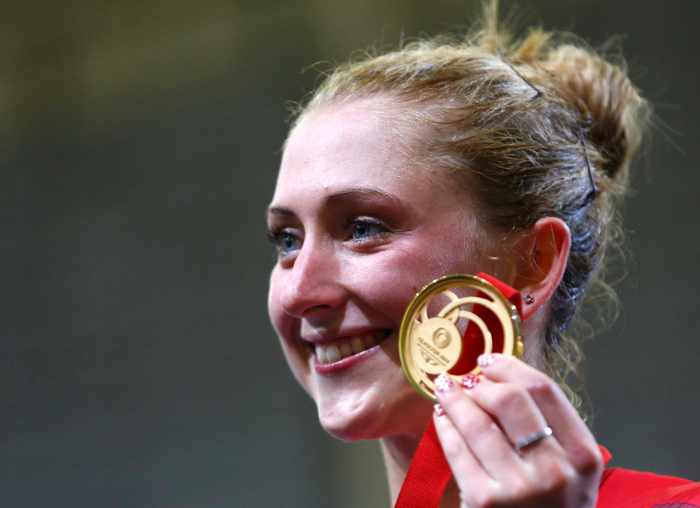 PHUKET: England’s double Olympic champion Laura Trott, who has been suffering with a kidney infection, claimed gold in a dramatic women’s 25km points race at the Commonwealth Games on Sunday.

“I can’t believe it. I felt so bad at times and I’m so glad. I’m not even 100 per cent, I’ve not eaten properly for the last two days and I’ve been living off porridge. I’m not a porridge fan,” she told the BBC.

The 22-year-old Trott and Wales’ Elinor Barker were tied on 37 points but the English rider was awarded gold after being placed higher in the final sprint at the Chris Hoy Velodrome.

Having been diagnosed with the kidney infection Trott went out early in the individual pursuit and was 11th in the 10km scratch race, but she could barely contain her excitement at winning her first Commonwealth medal.

“After the week I’ve had it is right up there with the Olympics because of the way I have had to come into it after the disappointment of the last two days,” she said.

While Trott’s face was a picture of joy on Sunday, Australia’s Anna Meares suffered disappointment in her bid for a sixth Commonwealth gold after compatriot Stephanie Morton got the better of her in the women’s sprint.

In the men’s keirin, Matthew Glaetzer ensured Australia took away a second gold, defeating New Zealand’s Sam Webster by the narrowest of margins but Shane Archbold gave the Kiwi’s something to smile about after winning the men’s 20km scratch race.