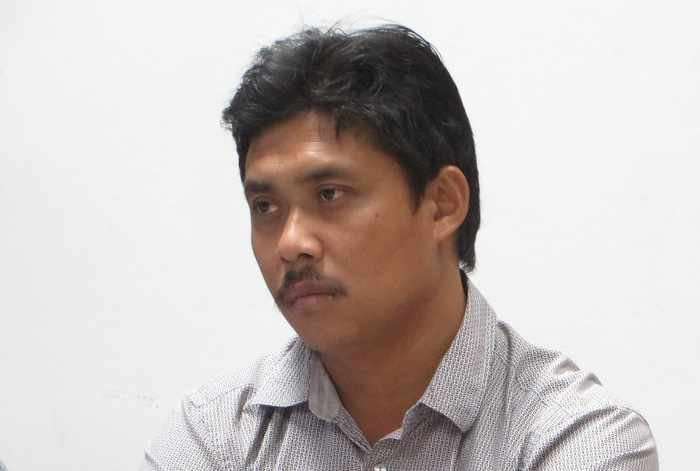 Mr Kiattisak was riding his motorbike home along the Karon beachfront road when a bus approached him from behind, caused him to fall off his bike, and then ran over him at about 11:20pm, witnesses told police.

“Original reports said it was a tour minivan, but when we checked CCTV footage we discovered it was a bus that belongs to Phuket ARS Tour,” Karon Police Deputy Superintendent Sophon Borrirak told the Phuket Gazette today.

Officers identified the bus through its licence plates.

“We went to the company’s office and arrested the driver, Suranart Deerit, 36, yesterday evening when he returned there after being recalled from a tour he was driving,” Col Sophon said.

“We also inspected the bus and found scratches indicating it was recently involved in an accident matching the hit-and-run.”

Mr Suranart told police that he was unaware of the accident.

“He said he was driving through Karon while en route from Patong to Chalong and remembers a car cutting in front of him causing him to swerve at about the same location where the accident occurred,” Col Sophon explained.

“Regardless, Mr Suranart was charged with reckless driving causing death.”

Col Sophon said that at this stage, “We have yet to learn of any motive that may indicate that the hit-and-run was premeditated, but we will release any new information when it becomes available.”.

Mr Kiattisak’s father, well known as “Kamnan Winai”, the outspoken subdistrict chief of Kata-Karon, has not made any public comment about the death of his son.

Kamnan Winai survived an assassination attempt in 2011, when gunmen opened fire on him with a shotgun in a nighttime attack in Karon (story here).

However, the attempt on his life did not quiet him.

Last year, the locally elected chief lashed out over the project to build a new road to Freedom Beach, south of Patong, accusing officials of trying to push the project through for their own benefit (story here).

That outburst followed privately owned plots at Freedom Beach coming under national-level scrutiny by the National Counter Corruption Commission in 2012, when it was discovered that former government officers were deeply involved in illegally issuing land titles valued together at more than 4 billion baht (story here).

Mr Winai was also among the first to reveal that the black water that had repeatedly fouled Phuket’s tourist-popular Karon Beach was the result of faulty wastewater treatment infrastructure (story here).

As recently as April this year Kamnan Winai spearheaded a drive to have 39 rai of beachfront land at Kata “owned” by the Phuket Provincial Administration Organization (PPAO) returned to public use after the 30-year lease that allows the Club Med to operate at the site expires in September next year (story here).

Funeral services for his son, Mr Kiattisak, are being held at Karon Temple.

World Cup over for Suarez after record ban for biting