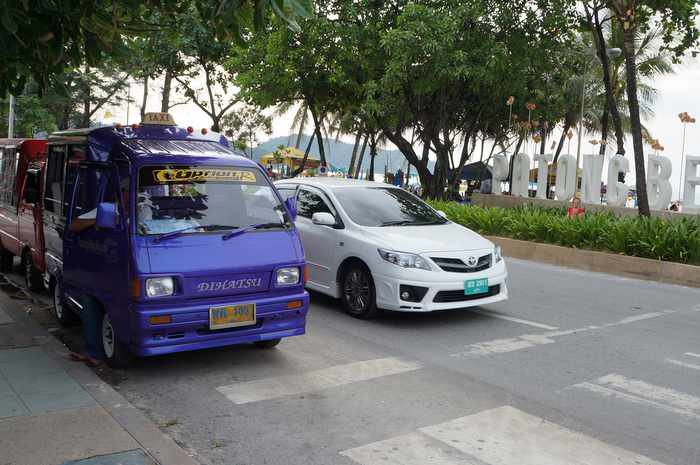 PHUKET: The launch of the Patong taxi call center has been deferred indefinitely as officials scramble to prepare staff, taxi drivers and necessary equipment.

The service was slated to kick off this month (story here), following the tear-down of illegal taxi stands throughout Patong and the rest of the island (story here).

“We have mapped out the proposed locations of 21 taxi ranks along Thaweewong Road and Rat-U-Thit 200 Pi Road in Patong, and five more in Kamala,” Kathu District Chief Sayan Chanachaiwong told the Phuket Gazette this morning.

“But we are waiting for approval from the Phuket Provincial Police of the locations of the proposed ranks, and have yet to prepare the staff, taxi drivers and the equipment needed for the call center.”

Officers from the Patong Municipality, Patong Police and Phuket Land Transport Office (PLTO) are to meet soon to determine how the call center will be organized, said Mr Sayan.

“The date of the meeting has yet to be set, though I believe it will take place sometime within the next week,” he said.

“I hope that we can launch the service next month. We have come this far already; we can’t stop now.”

Phuket Vice Governor Chamroen Tipayapongtada explained to the Gazette that separate taxi call centers will be set up to cover different areas of the island.

“The four-digit call center numbers will be specific to the areas,” he said. “I know this is not the most convenient option, but if the concept proves successful, we will eventually have one number for the entire island.”