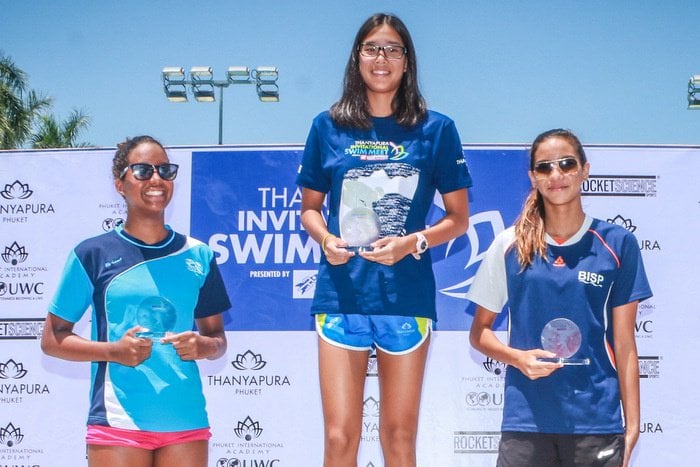 Local young swimmers competed against athletes and school teams from Bangkok and Samui, as well as Shanghai, Vietnam, Kazakhstan, Singapore and elsewhere abroad.

Jethro Chua of the BISP Flying Fish placed top overall in the Boys 18 years and Over division.

Tied in second place overall were Peerapat ‘Garfield’ Loessathapornsuk and Tanakrit ‘Nok’ Kittiya, both from the Thanyapura PIA Swim Team.