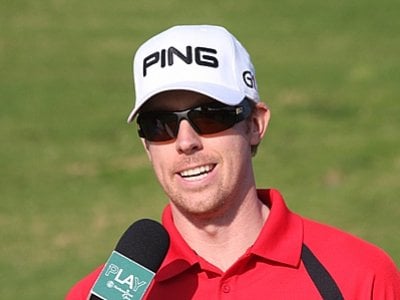 PHUKET: The World Golf Championship (WGC) was played this week in the US. In fact 66 per cent of the World Championships have been played in the States which seems strange as it’s meant to be the World championships. I won’t go on about the old chestnut of the World Series baseball being for only American teams!

The 2012 World Golf Championships sponsored by Accenture was played at The Ritz Carlton Golf Club at Dove Mountain in Arizona and has been for the last three years. In fact, since 1999 only one championship has been played outside the US.

To qualify for this championship (no you don’t only have to be American) is pretty straight forward – be ranked in the world’s top 64 players list. The format is match play where the number one seed plays the 64th seed, and so on. How does one get world ranking points?

Now that he’s not quite at his best and the fact that Europeans hold the top four ranking positions – means that in last few years the balance of world ranking points handed out has been in Europe’s favor and as a result lessens the value of America’s PGA Tour.

That aside, Lee Westwood (number three) and Rory Mcllroy (number two) met in the WGC semi-final and in the other semi-final Mark Wilson (number 42) played Hunter Mahan (number 22). Yes, the same Mahan who said that the Ryder Cup was not such a big thing after playing and winning in his first Ryder Cup of 2008.

Thankfully, this came back to haunt him in 2010 when playing Graham McDowell who was two shots down with two holes to play. After ‘fatting’ his tee shot on the par 3 Mahan proceeded to fat his chip to lose the Ryder Cup – after which he had a different opinion on the Ryder Cup’s importance. It’s not a good idea to upset the golfing gods, Hunter.

Due to Luke Donald losing in the first round, the world number one spot was up for grabs between Westwood and Mcllroy should either of them have won the tournament. Mcllroy beat Westwood 3 and 1 and Mahan beat Wilson 2 and 1.

In the final, Mahan started well and never let his guard down. Mcllroy made a bit of a push on the back nine, but to no avail and Mahan ran out the eventual winner 2 and 1. In the news conference Mahan said one of his big incentives to win today was to stop Rory from becoming number one in the world.

Mahan may very well have to eat his words again as this is Ryder Cup year and it wouldn’t be a major surprise if he were to meet Mcllroy in singles play on the last day of the tournament. It’s funny how these things work out.

Phuket Local News: Congratulations to Lindsay Renolds on making the cut in India on the Asian Tour, Keep it up Lindsay.

Pick up a copy of this week’s Gazette for an exclusive interview with Asian Tour pro Lindsay Renolds.