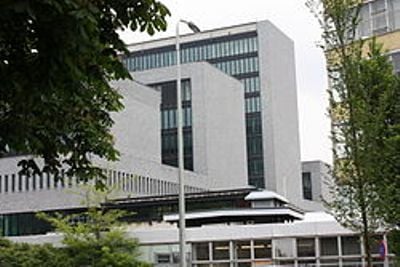 Europol said Operation Atlantic began in November 2010 after an operational meeting between the U.S. Federal Bureau of Investigation (FBI) and Europol officers in The Hague. Intelligence which had been gathered by the FBI during a ‘long and complex’ investigation was subsequently distributed by Europol to France, Italy, the Netherlands, Spain and the United Kingdom in December 2010.

While few details about the operation were immediately released, the European police agency said authorities in the five countries have so far identified 37 suspected pedophiles, of whom 17 have been arrested for child sexual molestation and the production of child pornography.

According to the Spanish Civil Guard, one of the suspects is accused of sexually abusing a young child for more than two years and uploading videos of the abuse to the internet. He allegedly threatened the child, who is less than nine years old, by telling him or her that they would both go to jail if someone found out.

The other suspect in Spain is accused of installing hidden cameras and placing them in dressing rooms, bathrooms and at nude beaches. He would save the images and upload those which contained children to the internet, officials said.

“Due to the seriousness of the charges, both detainees are currently imprisoned,” a spokesperson for the Spanish Civil Guard said. Officials said the images and videos made by both suspects were uploaded to various forums for pedophiles, but it was not immediately clear if the suspects operated alone or worked as a group.

“Collaboration and cooperation between Europol and our international law enforcement partners such as the FBI is essential if we are to bring these child sex abuse networks to justice and prevent the distribution of child exploitation material across the internet,” said Rob Wainwright, Europol’s Director.

FBI Director Robert S. Mueller also welcomed the arrests, saying the FBI shares actionable intelligence and resources to keep children safe. “Online child predators and child exploitation are not just an American problem,” he said. They are global problems. The FBI is committed to working with our law enforcement partners around the world, such as Europol, to combat these horrendous crimes.”

In December 2011, Europol said police across 22 European countries arrested 112 suspects in an operation which targeted those who shared the most extreme forms of child pornography, which includes video material of babies and toddlers being sexually abused and raped. From just one suspect in Denmark, police seized 29 terabytes of data.

And in March 2011, Europol announced 184 people had been arrested in what is believed to have been the world’s largest online pedophile network. The investigation centered on the Netherlands-based website boylover.net, which attracted more than 70,000 members at its height.

The website operated as a discussion-only forum where people could share their desire about sexual contact with young boys, without committing any specific offense. However, some members of the website would eventually move to private channels such as e-mail to exchange illegal images and videos of children being abused.

The journalists were recording video footage for the Italian daily Corriere della Sera when they were attacked by protesters in the northwestern town of Chianocco. The attackers reportedly stole their equipment, slashed their tires and struck one of the journalists in the face.

“We can solve many problems with dialogue, but certain things require absolute firmness,” said Interior Minister Anna Maria Cancellieri, as quoted by ANSA. She said that work on the rail link between France and northern Italy is “important for future generations” and will continue despite the protests.

Opponents of the high-speed Lyon-Turin project argue that a tunnel in the Valle di Susa valley will create pollution and harm the area’s natural beauty. But supporters of the link maintain that it will decrease pollution by minimizing highway shipping and automotive transportation.

On Tuesday, police used water canons and baton charges to remove a roadblock which had been placed by the protesters. At least three cars were set ablaze, leaving one protester critically injured.

The four officials were arrested on Tuesday afternoon after two white adult rhino carcasses were discovered at Napi Boulders Loop in the Pretoriuskop Ranger Section of Kruger National Park (KNP), which is located in northeast South Africa. The rhinos were shot and their horns removed.

An investigation into the killing of the two white rhinos resulted in the arrests of four SANParks officials, a spokesperson for the agency said. The four KNP-based officials, including one field ranger a member of the Protection Services unit, and two traffic cops, are all stationed in the Pretoriuskop section of the park.

“Further investigations into the killing of the two rhino and possibly other rhino poaching incidents in the area are currently being conducted,” said SANParks spokesperson Wanda Mkutshulwa. “In this area alone a total of 11 rhino have been killed since January 2012 and so far this year a total of 43 rhino have been lost to poaching in the KNP broadly.”

SANParks chief executive officer David Mabunda said he was saddened to learn that its employees may have been involved or responsible for the killings of rhinos. “It is a very sad day for South Africa to find out that the unscrupulous and revolting hands of the poaching syndicates have stretched as far as to taint the hands of those trusted with the great responsibility of being guardians of our natural heritage,” he said. “I am personally saddened to discover that some of our own would so callously abuse the confidence and faith that we have entrusted upon them.”

Tuesday’s discovery brought the total number of rhinos killed across South Africa so far this year to at least 80, an increase of 26 in less than two weeks. Fifty people have been arrested in connection with poaching since the start of the year, according to figures released by SANParks.

Rhinos are mostly being killed for their horns which are popular in medicine markets across Southeast Asia, and an increasing demand has pushed prices to more than $50,000 per kilogram (2.2 pounds). At least 448 rhinos