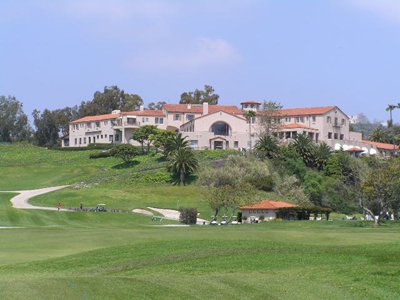 PHUKET: THE media hype around the USPGA tour this week wasn’t enough to get Phil Mickelson into the winner’s circle two weeks in a row.

The Riviera Country Club, Pacific Palisades, California was the venue for the Northern Trust Open, formally known as the Los Angles Open, less than a block away from Sunset Boulevard. The Riviera C.C. is a tough golf course with fast greens and the sixth hole in particular, even has a bunker in the middle of the green.

The club is steeped in history. Established in 1927, the entire country club and golf course cost US$243,827.63 to build, one of the most expensive up to that point. Today, a similar design and location would cost over a hundred million dollars.

Players left in the mix this week were Phil Mickelson, Bill Hass and Keegan Bradley all finishing on 7-under-par which took them to a play off. Bill Hass last year’s winner of the Fedex Cup is the son of Jay Hass, former PGA Tour member, whose trade mark golf swing is epitomized by a delay at the top of his back swing before striking the ball.

This seems to have has rubbed off on his son’s golf swing, giving Bill a very smooth action. For golfers in general, this pause at the top of the back swing is not a bad thing to try every now and again to help them with their swing’s tempo and rhythm – give it a try on the range one day. Bill managed to birdie the second hole in the playoff to win. Well done Bill. He looks like a good contender for the ‘Majors’ this year and could well be vying for a place in the Ryder Cup team.

Congratulations to Jbe’ Kruger on winning in India which was slightly over shadowed by Peter Whiteford who was disqualified in the last round for playing his ball from the wrong place. Even on television you could hear him ask “did the ball move”? But he still carried on and finished his round.
Many will say this was a “trial by armchair” given that it was a viewer who called in to say what happened. However, this situation is avoidable using the two ball rule and checking when back in the club house instead of signing your card and then finding out later you infringed on the rules of golf.

Local golf course news: Last week I played Mission Hills Golf Resort and Spa which spills out on to the East coast of Phuket with some lovely sea views . What a treat. I hadn’t played there in over a year, so I was pleasantly surprised to see the condition of the golf course has improved considerably. The fairways are a little firm, but it looks like they are spending money over there to get this course into the condition it deserves to be in.