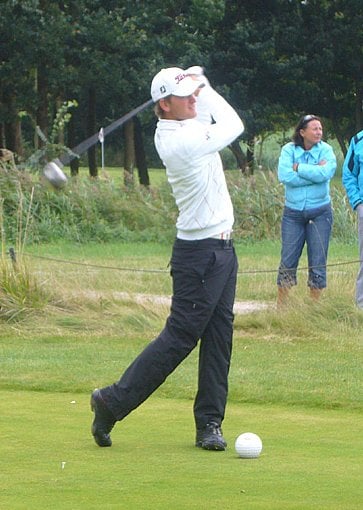 PHUKET: This week was the turn of players coming through their respective mini-tours, the Challenge for Europe and Nationwide for America.

They use this as a stomping ground to see if they are good enough to play on their main tours both had graduated from there as winners could they now bring it to the big show.
The players use these as practice grounds to gauge their performances, and then graduate to the big arenas.

The Ballantine’s Championship, played at Blackstone golf club South Korea was a sanctioned event within the European tour, Asian tour and the Korean PGA.

The course is very undulating with many elevation changes, which the players must take into account, especially on their second shots. For example, a gradient of about 30 yards up hill means one extra club, and for a gradient of 50 yards down hill, one club less.

Both Victor Dubuisson from France and Australian Marcus Fraser seemed to manage this situation well respectively finishing at 11 under par, tied for third.

Scotsman Richie Ramsay went one better with a closing round of 65 to finish 13 under par and 2nd place.

However Bernd Wiesberger from Austria carded 59 for his last round, won by five shots at 18 under pars and got his first tour win.

In America the Zurich Classic of New Orleans was played at the TPC Louisiana.

Jason Dufner has been trying to get into the winner’s circle for quite some time, so could he pip Ernie Els at the post.

Luke Donald needed to finish in the top 7 to regain the world number one spot though he didn’t look to clever after his opening round of 73, but steadied the ship and a last round of 67 was good enough to finish 3rd and return back to that coveted position.

Ernie Els’ last round 67 continued his good form, putting better though in his final round he didn’t hit his second shots close enough to convert more ending 19 under par.

Jason Dufner led going into the last round yet could only manage a 70 and a play-off with Ernie followed., however he showed his metal with a par and then a two putt birdie to win.

This is Dufner’s first win on the main tour. What can we learn from Dufner’s: well his pre-shot routine seems more unique than most these days with lots of ‘big waggles’ before he takes the golf club away, keeping fluidity before he swings. This is something to bear in mind as too many golfers stand over the ball not moving before they take the club away creating a jerky swing and of course if you don’t succeed right away try, try again.