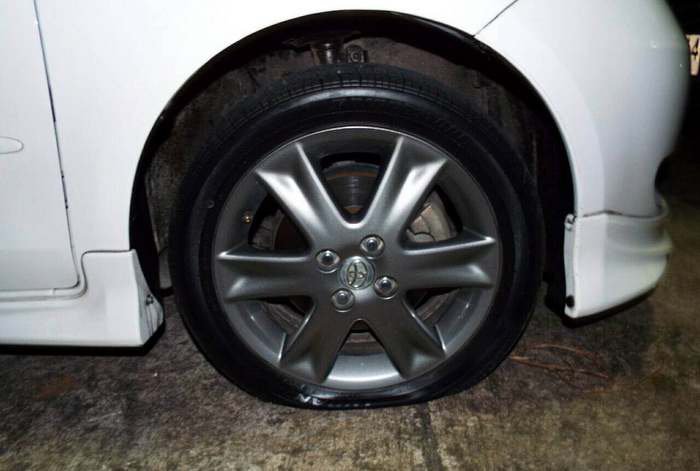 Sunthorn Somkhan, 31, from Rawai, was found with a sharp knife in the area after police began a search.

“Witnesses said the man would stop at a vehicle and start slashing tyres, seats and even smashing windows,” said Lt Wichote Meepop of the Thalang Police.

In total, 23 cars and vans had their tyres slashed, with some of them also having had their windows broken. Additionally, 28 motorbike seats were slashed.

“We are still receiving very confusing accounts of what happened from the suspect, which might indicate that he is suffering from a mental disorder.”

Police have asked relatives of Mr Sunthorn to report to the Thalang Police Station with any information that could either back or refute the theory that the man’s actions were dictated by a mental disorder.

“At this point, we have gone ahead and charged Mr Sunthorn for property damage,” Lt Wichote said.