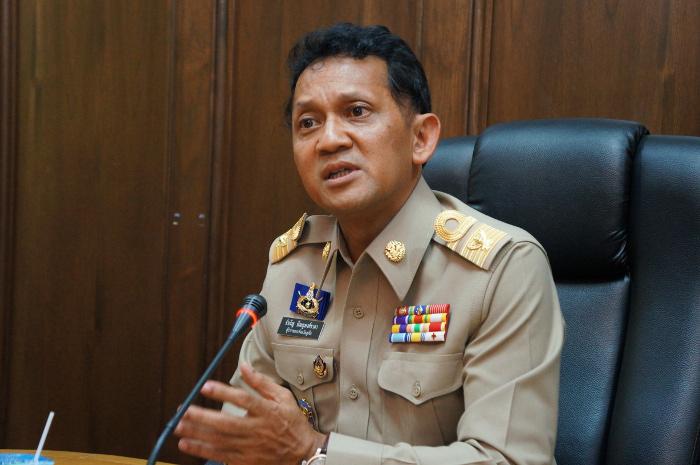 PHUKET: Safety regulations at shooting ranges in Phuket are to be tightened following two deaths at ranges in the province in the past two years.

This week, 38-year-old Estonian Andres Podra turned a gun on himself at Patong Hill Shooting Range and died from a single shot to the head (story here).

“I will meet with all the operators of the shooting ranges on the island to discuss what can be done to improve safety measures and prevent any incidents like this from happening again,” said Governor Chamroen.

The secretary of the Phuket Rifle Shooting Association, Narund Koisomboon, who is also the deputy manager of the Phuket Shooting Range, said he was ready to discuss improving safety regulations with the governor and other shooting range operators.

“We check every customer when they first arrive; those who are drunk or incapable of following our safety rules are not allowed to shoot,” Mr Narund said. “We then brief every customer to make sure they know, and can follow, all the safety measures. They are always accompanied by an experienced range master. If a customer does anything erratic or potentially dangerous, such as swinging the firearm about, the customer will be dismissed.”

Police investigating the latest shooting range death told the Phuket Gazette that Mr Podra and his wife, a Thai national, had previously been living in Estonia.

“They had a business together in Estonia, but it did not go very well. It appears that Mr Podra’s wife borrowed money from friends and returned to Thailand, followed by Mr Podra. However, the couple evidently had financial difficulties as Mr Podra was reportedly unable to find work in Phuket,” said Thung Thong Police Deputy Superintendent Chalermchai Hernsawat.